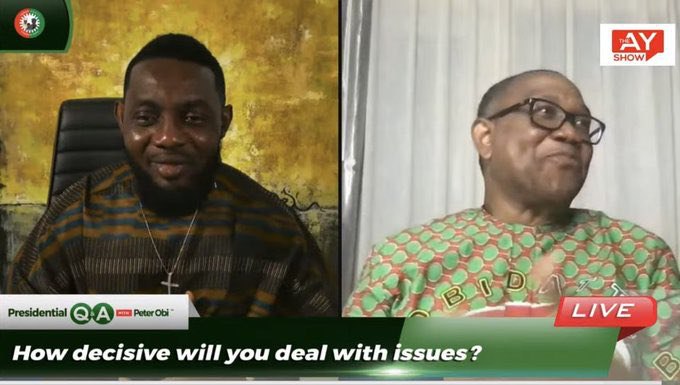 Following an online Question and Answer session with Peter Obi, the comedian confirmed this in a tweet on his verified handle.

On Thursday night, A.Y. invited the former Anambra governor on his popular A.Y Live show, where Obi answered numerous questions about the state of the country and the Obidient movement.

A.Y praised Obi’s abilities to address any questions hurled at him during the broadcast after the show.

He wrote, “Last night, Q & A with @PeterObi on the AY Show simply confirmed that he has vital & responsive energy.

“I personally loved the way he handled the questions on the live program, viewed by millions of Nigerians around the world.

“I do hope d other candidates would honour my open invitation”.