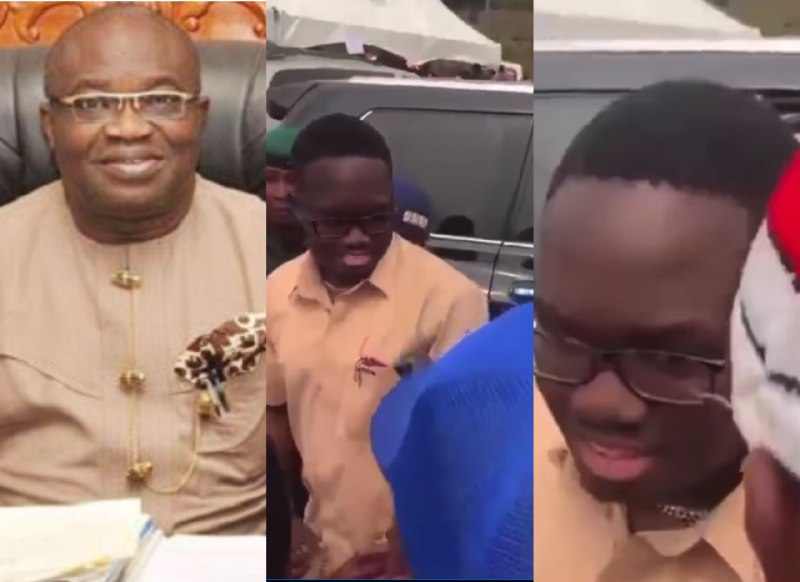 The viral video recorded the moment the governor’s young son arrived at the celebration in a long motorcade, surrounded by a cheering throng and gunshots.

Chinedum, dressed in khaki and escorted by security personnel, emerged from one of the motorcades, waving to a group of singing women who had greeted him at the event.

This is happening at a time when the Nigeria Medical Association (NMA) in the state is on strike.

According to news reports, an association in Abia declared a strike on December 9, but on January 10 declared the strike total and indefinite.

The strike was called due to unpaid salary arrears of 25 and 13 months for Abia State University Teaching Hospital and Hospital Management Board employees, respectively.

Following the weeks-long strike, 100% compliance with the NMA mandate was witnessed at the Federal Medical Center (FMC) and Abia Specialist and Diagnostic Hospital in Umuahia.