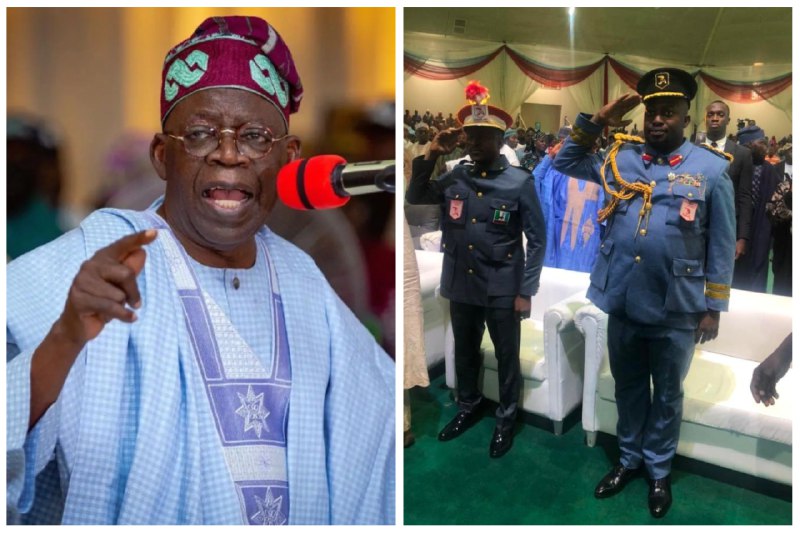 The group urged President Muhammadu Buhari to call a meeting of the National Security Council to discuss the issue.

In a statement, the spokesperson, Kola Ologbondiyan, said the All Progressives Congress (APC) presidential candidate was desperate.

Nigerian Youths Challenge Tinubu To Walk On The Street, If He Is Truly Jagaban

He added there are “undeniable reports” concerning Jagaban Army “training and arming thugs with hazardous weapons in hidden locations”.

The logo was created to reflect the “regard of political canvassers as foot warriors”, according to APC Youth Leader, Dayo Israel.

But the Atiku campaign remarked that the APC unit has uniforms and ranks within as if Nigeria had become “Tinubu’s domain”.

According to the organization, the ex-Lagos governor “declared war” at a meeting in London by openly pushing his party cohorts to capture power at any cost.

The statement “political power is not served in a restaurant…

It emphasized that “fight for it, take it, and run” were enough to charge him with treasonable felony.

Tinubu was also charged by Ologbondiyan of shamelessly undermining the nation’s sovereignty and the office Buhari holds.

“Asiwaju Tinubu is desperate to be President, but with manifest signs of rejection by Nigerians, he is ready to destroy our democratic process.

“Insurrectionary groups that unleashed mayhem and derailed democracy in many parts of the world started with desperate power seekers”, he added.