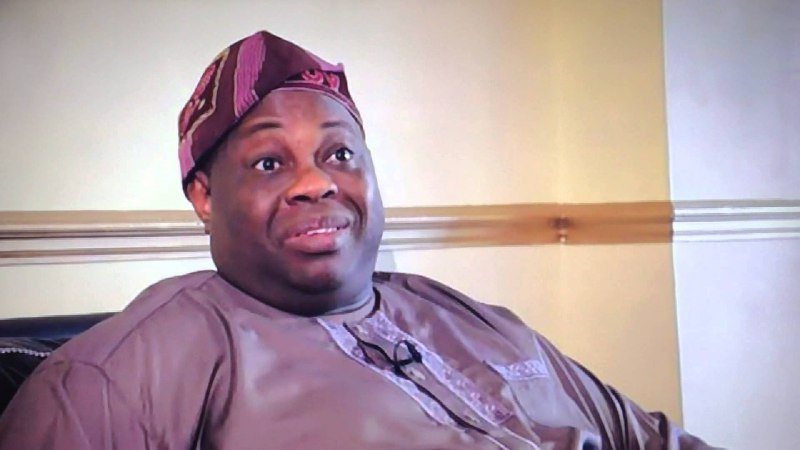 Mr Dele Momodu, the Peoples Democratic Party Presidential Campaign Council’s Director of Strategic Communications, has stated once more that the party’s nominee, Atiku Abubakar, will be elected President of Nigeria in the upcoming election.

Momodu, in a statement on Monday, disputed polls performed by polling organizations that forecast victories for either Bola Tinubu of the All Progressives Congress or Peter Obi of the Labour Party in recent months.

“Elitist polls have failed monumentally due to an over-reliance on technology in a mostly illiterate populace,” he claims.

In putting the prognosis in context, the PDP leader stated that history has proven that when the South produces two strong candidates, the dominating Northern candidate wins, and hence Atiku will dominate the North East, North West, North Central, and South South.

Mr Momodu believes Tinubu would pick a few states in the North and South West, but not enough to win.

The PDP’s Director of Strategic Communications issued the following statement.

HOW ATIKU ABUBAKAR WILL BECOME THE NEXT PRESIDENT OF NIGERIA

I have read with bemusement many of the polls about the forthcoming Presidential election on February 25, 2023, and have come to the conclusion that the elitist polls have failed monumentally due to the over-reliance on technology in a largely illiterate population.

I have decided to help situate the forecasts based on the established polical history of Nigeria and empirical data.

A Presidential candidate cannot depend totally on votes from outside his home base to win this election. It is a fact of history that whenever the South produced two strong candidates, the dominant Nothern candidate won, such as in 1979 and 1983, Obafemi Awolowo and Nnamdi Azikiwe versus Shehu Shagari.

Bola Tinubu is far weaker today in the South West and Awolowo was by far more formidable, while Obi is the new Azikiwe (the first Governor General and President of Nigeria) in the South East, and Kwankwaso is the current Aminu Kano.

Atiku Abubakar will dominate the North East, North West, North Central and South South. Tinubu may pick a few states in the North and South West but won’t have enough to win. The bridges required to cross to victory has taken Atiku 30 years to build.

Tinubu has not been able to lock down the entire South West not to talk of the whole of Nigeria. Over-reliance on bribing the electorates will fail. Hoping to rig brazenly will also fail spectacularly. I repeat, the entire North and the South South will make Atiku the next President. Atiku will still be competitive in the South East and South West.

He will pick more 25 percent in all of the five states in the South East, a traditional base of PDP, and same in the South West. Wherever Obi is number one, Atiku will be number two or vice versa. I do not know of any state PDP will not record 25 percent and eventually win the overall popular votes.

Nigeria has become so polarizingly divided (pardon my tautology) that the “peoples” are going to vote majorly along ethnic lines as well as primordial sentiments. The North will not vote a “fake Muslim” in the name of a pretentious and mischievous Muslim/Muslim ticket. The scam is dead on arrival.

The North East will never vote for a number two position when they’ve been chasing the number one since 1966. The North West will not abandon an Atiku for a Tinubu who’s well known for his iron grip on Lagos State since 1999. The South West itself knows it has the most controversial and palpably weakest candidate in this race this time and would humbly and readily accept its fate with equanimity.

It will also dawn on the South East that Obi’s raving popularity alone cannot carry him across the winning line and many of their traditional voters will willingly settle for ATIKU ABUBAKAR and IFEANYICHUKWU OKOWA, the cerebral man and gentle giant of Igbo ancestry.

I predict that former President Atiku Abubakar will be the next President of the Federal Republic of Nigeria. He is the most prepared, experienced candidate in the race who’s ready to hit the ground running from day one…
Nigerians will experience real politicking in the days ahead.