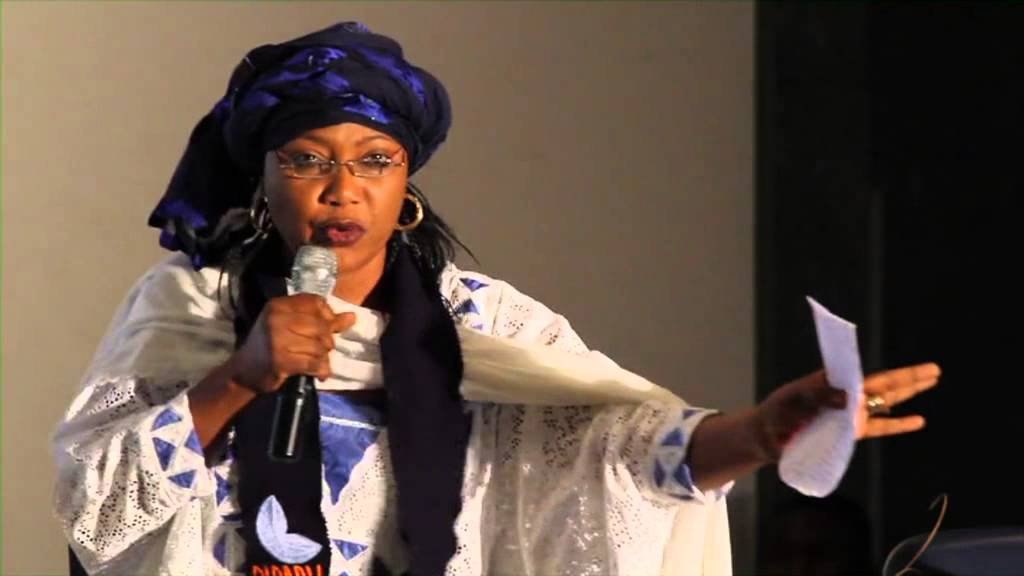 According to Anaedoonline.ng, Muhammad said in an interview with Newsmen that APC presidential contender Bola Tinubu suffers from dementia.

She claims that the former Lagos Governor is so unwell that he can’t even hold a teacup.

In a statement released on Monday by a member of Tinubu’s campaign, Kassim Afegbua, the PCC said that the former Commissioner of the Police Service Commission (PSC) expected free money from Tinubu but was disappointed.

The PCC observed that Muhammad’s behavior indicates that Tinubu will have a lot of work to do as president.

The PCC said, “If at this age, a 67-year old Lady can still behave like a typical hustler, then Tinubu truly has a lot of work to do to empower such fellows when he becomes President.

“Last week, Najaatu Mohammed separated herself from Bola Ahmed Tinubu and joined Atiku Abubakar’s chequered aspirations. She loosely declared that but for the South-West media, Asiwaju Tinubu should not be allowed to become president.

“A Najaatu that has always been on the side of justice; or supposedly, I should have said, has now latched on to Atiku Abubakar’s campaigns to further her hustle.

“Since then, she has been shouting like a scarecrow trying to demarket Tinubu; as if the APC candidate is not a man we see all the time.

“She says Tinubu cannot hold a tea cup; maybe she has been babysitting Asiwaju Tinubu and feeding him tea, or spoon feeding him each time he has a meal.

“The likes of Najaatu, eg Bwala, came with the notion that there will be so much to salivate their appetite, but seeing that Asiwaju Tinubu was not forthcoming with free money, they decided to find the exit door.”

Furthermore, the PCC maintained that Muhammad would have been more rational if she had quietly quit the party, adding that her claims have demonstrated how silly she is.

Afegbua worried if Atiku could satisfy her temporary appetite and predicted that the couple’s relationship would soon turn sour.

According to the statement, Muhammad’s claim that Tinubu can’t hold a tea cup and that the APC candidate has dementia “raises the possibility that Najaatu is referring to another Tinubu, certainly not the one we’ve been seeing campaigning everywhere.”

While noting that it’s not an issue for Muhammad to leave Tinubu camp “but to make empty conjectures and rhetorics in order to embellish her deep hunger and greed exposes her dubiety of purpose. That is usually the stock-in-trade of jobless minds who live on charity and free money.

“Tinubu has defied all the insinuations to confound the public with his energetic campaign since November. Since his return from Saudi Arabia, no single day has gone by without one activity or the other.”

“Trying to blackmail Tinubu or run him down will certainly not fetch Muhammad extra meat from Atiku Abubakar’s pot of soup.

“Tinubu is an idea whose time has come. God Almighty will surely see his aspiration through to victory. It is interesting that Najaatu Mohammed has joined Atiku Abubakar’s rottweiler colony, but she should please be honourable enough to bark with facts, and not mere conjectures. I will come her way again,” the statement said.