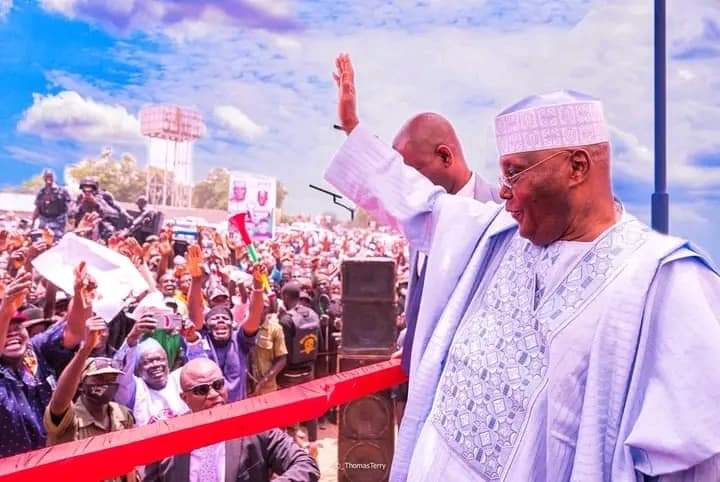 In preparation for the Peoples Democratic Party’s (PDP) presidential campaign rally in the state on Tuesday, the Delta State Government closed all schools on Monday in Asaba, the state capital.
Due to the PDP presidential candidate’s visit to Asaba on Tuesday, the administration of several schools in the state advised their students not to return to class on that day.
Rose Ezewu, the state’s commissioner for secondary education, declined to comment when approached.
However, Asaba, particularly Stephen Keshi Stadium, the location of the presidential rally, and the recently built Koka fly-over, have taken on new appearances in anticipation of the visit despite an increase in the number of security officers in the city.
The vice-presidential candidate of the party and Governor of Delta State, Ifeanyi Okowa, said there is an indication that Nigerians were truly tired of the inept All Progressives Congress led Federal Government.
Okowa, who stated this at the Stephen Keshi Stadium, shortly after inspecting preparations at the facility, said that PDP would provide Nigerians with all-inclusive and purposeful leadership that the country yearns for.

He said, “The warm reception and support PDP had across the country showed that Nigerians had become optimistic about the need for positive change.
“The party is determined to rescue the nation and deliver good governance to the people. The party’s presidential candidate, Atiku Abubakar, being an experienced politician knows the path to Nigeria’s recovery and I will work with him and other citizens to recover, reset and rebuild the country.
“Nigerians are already tired if the APC-led government and we are very much aware of what the situation is in this country.”
Okowa expressed satisfaction with the arrangements at the venue stressing that the party would have a very successful rally on Tuesday (today).