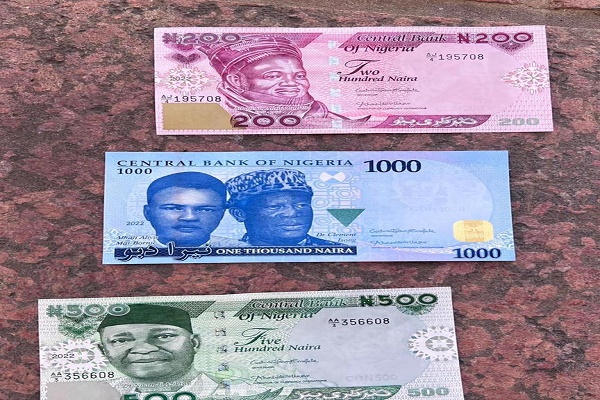 Following the failure of the Central Bank of Nigeria (CBN) to extend the January 31 deadline, an increasing number of people have continued to refuse the old naira notes.

The most recent account of the rejection of the old naira note comes from the family of a would-be bride in Niger State’s Gbako Local Government Area, who has refused to pay the bride price in old naira notes.

Anaedoonline.ng has learned that the family of the tobe pride, whose identity has not been revealed, rejected N1,000 and N500 notes provided by her suitor’s family as the bride price.

According to the Daily Trust on Tuesday, the bride’s family insisted on receiving the bride price in new naira notes because they don’t have an account and don’t know where to change the notes.

According to the article, the lady’s family stated that the CBN’s January 31 deadline would prevent them from taking the notes since they were unable to purchase some of the items needed for the ceremony.

A family member of the suitor said, “We took money to the family of the girl we want to marry. They called me on Sunday to come and take the old currency notes back pending when we have the new naira notes.

“They said they don’t have anywhere to change the old notes. So, I want to take it to the bank pending when we get the new notes.”

This platform has learned that, similarly, motorcycle riders known as Okada riders in Sokoto State have begun refusing old naira notes due to the same difficulty.

According to report, a resident of Niger state named Atiku Abdulrafiu stated, “I was in the bank today to withdraw, we withdrew N580,000 and do you know what? All of the money presented to us was in the form of outdated bills.

“We requested new notes but to our surprise, they said no new note is available.

“Now, how can you imagine that the same money is being rejected by traders and business people in the same state.”

As a result, Abdulrafiu urged the CBN and the Federal Government to find a means to extend the deadline for the old naira notes still in circulation.

2023: A Presidential Candidate Must Not Win Abuja To Emerge President – Falana

2023: A Presidential Candidate Must Not Win Abuja To Emerge President –...