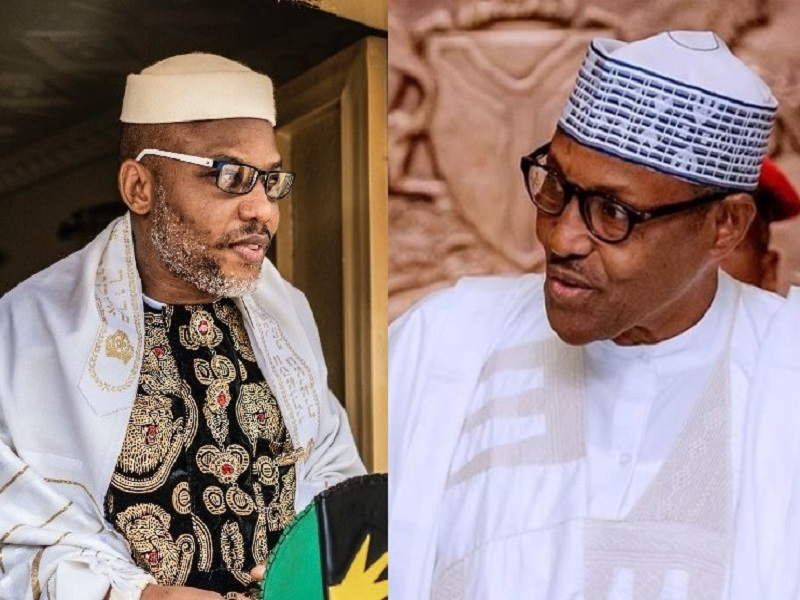 As unknown gunmen continue to wreak devastation in the South-East, Mazi Okechukwu Isiguzoro, Secretary-General of Ohanaeze Ndigbo, has called President Muhammadu Buhari to enable Nnamdi Kanu, leader of the Indigenous People of Biafra, IPOB, to address the people of the region.

According to news reports, Finland-based Simon Ekpa is being suspected of funding the mystery gunmen spreading havoc in the Southeast.

Ekpa, a self-proclaimed disciple of Kanu, was suspended by the separatist group for alleged insubordination.

Despite his suspension, Ekpa has continued to campaign for Biafra and has ordered a sit-in in the Southeast.

The leading Igbo socio-political organization, Ohanaeze Ndigbo, was outraged by the decree and placed a $50,000 bounty on Ekpa.

Following Kanu’s arrest and confinement, news reporters noticed an increase in the number of killings in the Southeast.

The Federal Government has held the IPOB leader since June 2022, after he was caught in Kenya and brought to Nigeria.

One of the many killings witnessed in the Southeast is the decapitalization of Ohizu’s head.

While these gunmen have denied any affiliation with IPOB, certain players in the Southeast have accused Ekpa of supporting them.

However, Ohanaeze Secretary-General Isiguzoro stated that if Buhari permits the IPOB leader to address Nigerians, the killings in the Southeast will stop.

In an interview with Newsmen on the activities of gunmen associated to Ekpa, Isiguzoro maintained his stance on a scheme to destabilize the Southeast elections in 2023 via Ekpa.

According to Isiguzoro: “This madness of sit-at-home and incessant killings and insecurity we are witnessing in the Southeast can be traced to the continuous incarceration of Nnamdi Kanu, which Simon Ekpa is taking undue advantage of.

“Ekpa is an opportunist, a fame and fortune seeker who saw the window and lapses of Kanu’s detention as an opportunity for him to venture into his journey of amassing wealth from politicians and destroying the people of the Southeast.

“The only cure to this madness of Simon Ekpa is a passionate appeal to the President of the Federal Republic of Nigeria to allow the leader of IPOB to address Ndigbo possibly this February before the elections, because there is a grand conspiracy by some external enemies of Ndigbo, and they are using Ekpa to shortchange and ensure that there is an election boycott in the Southeast.

“The only cure to this Ekpa’s madness is for Buhari to allow Kanu, even if it’s a five-minute broadcast, because Kanu has continued to say through his lawyers that these killings and insecurity in the Southeast should end. The activities of unknown gunmen instigated by Ekpa should end, and why there has been no effect on those messages is that the people doubt if those messages are from Nnamdi Kanu.

“So, in order to have a peaceful election, the Federal Government should give Nnamdi Kanu a five-minute broadcast to talk to the people of the Southeast; this would end Ekpa and his madness.”