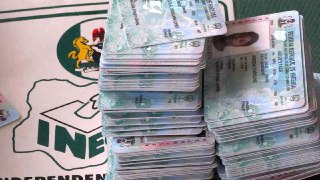 The Imo State administration has declared public holidays on Thursday, January 26 and Friday, January 27 to allow workers to obtain their Permanent Voters’ Cards (PVCs) for the upcoming elections.

The Commissioner for Information and Strategy, Chief Declan Emelumba, told reporters following the first Executive Council meeting of the year on Wednesday, presided over by Governor Hope Uzodimma, that the public holiday impacts mostly Imo civil and public servants.

He stated that people participating in important services, such as banks, electrical employees, and others, are not involved.

The Commissioner further stated that free medical outreach for impoverished Imo citizens will begin on January 27, 2023, at several specified venues and hospitals around the state.

“The outreach will take care of all forms of ailments/illnesses, including surgeries and it will be free of charge. To authenticate the activities of the medical mission, the government also approved that Imo Health/Medical Personnel will be part of the team.”