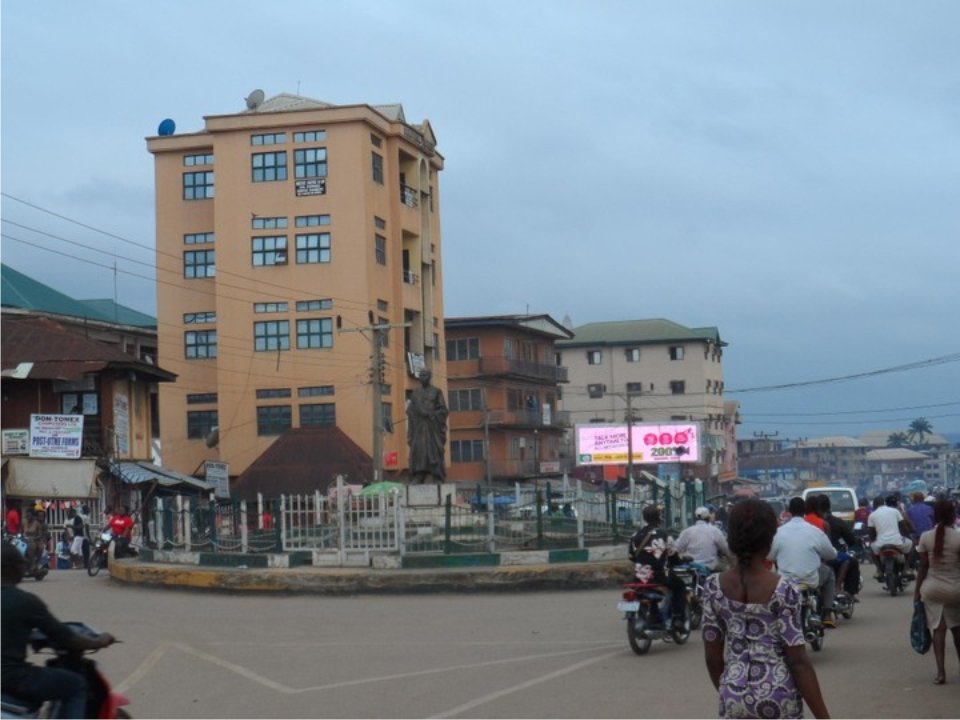 The real children of Nnewi know that their father once existed. He was a human being like you and I.

Nnewi was the son of Ikenga whose brothers were Ichi, Oraifite, and Isu. Their father’s name is Agbaja who was the son of Ezuogu who migrated from Oraeri.

I acknowledge that Nnewi, our town is an amalgam of some sort and also the fact that Isu, Nnewi’s uncle settled in and was assimilated into Uruagu just like some descendants of Agbaja the grandfather of Nnewi or Ewimga.

Please note that Okpala whose descendants are Umunnearam, who was replaced by Digbo as the family head or Obi Nnewi later settled in Umudim. They are still regarded as Okpala Nnewi.

Every Nnewi descendant should be able to trace his lineage to Nnewi. For instance, my lineage is Nnewi-Digbo-Otolo-Nnofor-Udude-Ezenwa-Ezeoguine-Ezenwegbu-Ezewuzie-Nwosu Ezeonwaneti- Ezechedolu-Obiukwu-Anayo Nwosu.

We all are aware that there are many Barack Obamas in the two main villages of Nnewi whereby migrants upstaged the indigenes to rise to headship or obiship.

There are Nnewi distant relations, mostly from Oba and Ojoto, who settled in Ụmụdim and Uruagu spaces and married Nnewi daughters and aunties. The settlers exhibited great leadership traits and were able to assume the politic headship of their geographical areas of occupation.

The settler parties helped and even led wars with neighboring towns of Ụkpọ, Ozubulu, Oraifite, Ichi etc to extend their borders. When they died, their children who are our umudianas succeeded them as the Obis. No one, not even the resultant obis can be called settlers anymore because umudiana has the same rights as members of Umunna of their paternal grandfathers. For a mere historical purpose, those who are not direct descendants of Nnewi, those who became Nnewi indigenes by Nwadianaship know themselves and are quick to say carelessly that Nnewi was not a man.

READ ALSO: How An Obi Or Diokpala Can Be Dethroned In Nnewi

For historical clarity, the ancestors of Ụmụ Ezeafọgụ ruling Uruagu today emigrated from Oba and married the daughter of Isu, one of the sons of Nnewi. They assumed leadership of Uruagu through bravery and industry buoyed by citizenship conferred on them by nwadianaship.

In the same vein, Dim Ogeli whose descendants now rule Umudim arrived in Nnewi from Ojoto. Dim Ogeli was the first monarch of Umudim as an entity. He arrived at the same time with Obi Ezeagha, the ruler of Nnewi who handed over to his nephew Ezeoguine. This is validated by the fact that the young Ezeoguine married Dim Ogeli’s first daughter, Imediugwu, the mother of Ezenwegbu, my father’s ancestor. Coincidentally, the mother of the current Obi of Umudim hailed from my ụmụnna, Ụmụ Ezenwegbu.

As an aside, Obi Udegbunam of Obeleogo still rues their loss of Obi Umudim which they lost shall via a combination of Ishmael and Esau position-losing events happened.

It is of historical importance that the rise of Dim Ogeli, to the Obi of Umudim and Ezeafọgụ, to the Obi of Uruagu were later developments but in time before Nnewi as a town was resolved into four geographic entities of Otolo, Uruagu, Umudim, and Nnewichi following Agbonaanọ ceremony.

I must confess that there were no human beings who lived or called Uruagu and Umudim as against Otolo and Nnewichi.

Therefore, Nnewi can be described as a town made up of children
n of Nnewi like Eke and Nnewichi, his uncles like Isu, Otolo and Ikwuabọ his grandsons and distant relations from Oba and Ojoto. There are also, Oraeri and Umudioka elements who settled in various Nnewi villages performing priestly or igbu ichi functions as well as freed slaves who are even more Nnewi now than biological indigenes. This class is even richer and more entrenched.

But Otolo and Nnewichi seem to have a greater number of their population that descended from Nnewi. Otolo who circumstantially became a political head or Obi Ikenga, Nnewi and Digbo naturally retain its ancestral position as the political head of Nnewi.

Despite quiet or discreet attempts to become autonomous, it would be difficult for Uruagu or Umudim as presently constituted to break off to form an independent town because the children of Nnewi, those of his brothers, his grandchildren and uncle would not willingly submit to rulership by those they brand as either strangers or umunwadianas who by stealth, subterfuge or intimidation dispossessed their ndị nna ha ochie of political leadership of where they settled. That would be like rubbing salt to the humiliating injuries suffered by their predecessors.

I think Nnewi shall remain as is presently constituted or governed due to the genealogical mix of its current population.

We have come a long way.

In my future write-up, I shall be suggesting ways of modernizing what our forefathers left behind. For whatever we do or create today shall become omenana for our children unborn tomorrow.