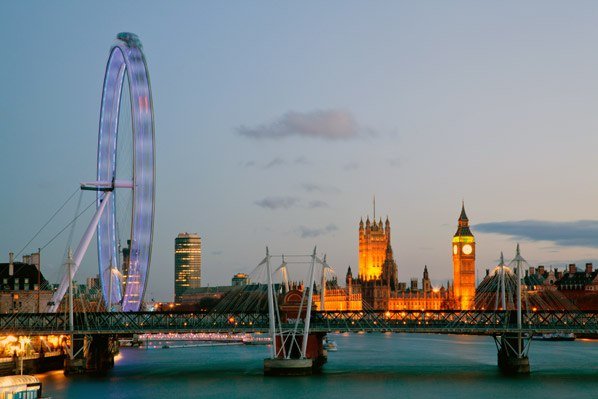 In less than a month we will be in a new year, and for many of us, that means a reload of our vacation days. For those that got kids, it means another spring break and assorted school vacations.

Some destinations never get old, and when you look at consumer surveys of dream trips, Italy is usually at the top of the list, always popular and hard to argue against. Hawaii is another evergreen dream destination.

I’m thinking about rationales to go to certain places now, so I look at each of these through the lens of “why?” and try to find a logical reason a destination suddenly comes into vogue. Most times it’s because of improvements to lodging or infrastructure that makes them more enjoyable, comfortable, safer or easier to visit.

It can also be a decline of the appeal of direct competitors, or a general societal trend that the destination is in sync with. It can be the most practical of all travel reasons – budget. But in every one of these cases, the logical explanation likely means the spot is better to visit than it has been previously, and that’s a good reason to go. So, based on critical observations and insights, these are the 5 Hottest Destinations of 2020, as picked by me.

The Top Five vocations are:

Japan: The hottest of all the red-hot destinations, Japan has broken tourism records the past couple of years in a row and has been enjoying a perfect storm of tourism appeals that have elevated it onto the cover of just about every travel magazine. The big one is the 2020 Olympic Games, and after they view the country’s photogenic culture on TV, spectators will want to go. Japan has also benefited in just the past few years from an explosion of interest in its amazing skiing, arguably the best in the world, and the snowiest. This has spiked interest in one off-season winter travel, and it shows no sign of slowing as Western brand resorts from Park Hyatt, Hilton, Club Med and Ritz-Carlton pour into Japan’s ski resorts. Many other new luxury hotels have opened both in and far beyond Tokyo, and more are coming, including the city’s second Four Seasons.

Japan has also benefited enormously from the recent rise of interest in all things culinary, and while still very unrepresented beyond mediocre sushi and to a lesser degree ramen, Japanese cuisine is incredibly varied, artistic, and enjoy skiing, arguably the world’s best. It’s also an easier place to get to then ever before, with more and faster direct flights and a big expansion of Tokyo’s nearer and more user-friendly Haneda airport. In a world increasingly rocked by violence, protests and disease outbreaks, it remains one of the safest places you can go, both from a crime and health perspective. Finally, for those seeking a vibrant Pacific Rim urban experience, Tokyo will probably pick up traffic lost by Hong Kong and its authoritarian crisis (as will Singapore and Taipei).

Israel: 2018 broke the country’s record for visitation from the U.S., and this looks to be another all-time year: after the first half of 2019, the pace was 8.3% ahead of last year. Several new luxury hotels opened (most notably the Setai Tel Aviv in a 12th century fortress) and at least 17 more new hotels are under construction in the small nation. The Tel Aviv airport is getting a major expansion, just about every upscale tour operator is expanding into the region, and for example, Audley and Backroads both just announced the additions of their first Israel itineraries – based on customer requests. Attractions include religious sites, history, ruins (the Masada fortress, a UNESCO World Heritage Site), beach resorts and outdoor activities/adventure, another hot and growing travel market segment. The culinary trend in travel is raising many countries’ stature, but Middle Eastern and Israeli food is especially hot right now.

India: Long popular for top tourism sites like the Taj Mahal, there has been a lot of growth in other attractions, such as Tiger safaris and the mountains, as India is often overlooked when people think “Himalayas.” The explosion of interest in yoga in recent years has also helped, and like Israel and Japan, India is riding high on the wave of culinary interest. But the biggest driver may be the amazing hotel scene, as India is home to the very best on earth: I personally would put its homegrown chains Oberoi, Leela and Taj ahead of many of the “marquee” Western luxury brands, but they are here too. The urban hotels are over the top and the ones outside cities occupy drop dead gorgeous lake palaces and ancient fortresses. I’ve written here at Forbes before about what makes India’s hotels so great, but they keep growing and getting better. Oberoi as good as hospitality brands get, has expanded into river cruises, all the best tour operators have flocked here, and in India you have the creme de la creme of every option: luxury trains, luxury cruises, and more luxury hotels than you can imagine.

Puerto Rico: Not only has the island’s tourism infrastructure rebounded from the devastating hurricanes – several major resorts saw $100 million-plus rebuilds with incredible spas and facilities – but it has expanded fast. The island will soon have thousands more hotel rooms than it did before the disaster, including a new Four Seasons, JW Marriott, Waldorf, and many others. It is arguably the top golf destination in the Caribbean, and the courses have been fully restored. It is the easiest destination in the Caribbean to get to, has enjoyed the rollback of the ease of visiting Cuba, and many travelers have visited specifically to use their tourism dollars to help fellow citizens who have been ignored by the federal government. I’m planning to be one of those.

Portugal: Along with Iceland, Portugal has already been one of the hottest destinations for several years, but it has a more convincing story and more staying power. Convenience? Check, it’s the closest country in continental Europe. Value? Check, Portugal was always one of the most affordable countries in Western Europe, and while the move to the Euro reduced its edge, it has proven to be a place where dollars still go far. The food is amazing (and cheap), the wine is amazing (and cheap), the weather is very good, and it has several desirable and unique regions for a relatively small country.

When I started in travel, most visitors just went to Lisbon and the surrounding beach towns. But the recent growth has been spurred by the Duoro River Valley and Porto, a charming small city, to the north, wine country where major new hotels and luxury resorts have opened like wildfire, from Six Senses to Thailand-based Anantara’s first foray into Europe. Portugal has always been one of the continent’s top golf destinations, but enjoy skiing in Japan, American consumers were slow to realize that. It also has the unique network of government-owned pousadas, historic and colorful building such as castles, churches and monasteries that have been preserved by being turned into Inns, and staying in these is one of the best ways to experience the country. It’s a concept you won’t find an elsewhere (except in neighboring Spain where they are called paradors). There are still swaths of the country that have escaped notice but are picking up momentum, and most recently, interest has surged in Portugal’s two unique and very different Atlantic island destinations, Madeira and the Azores island group.

Portugal remained a hidden gem for decades, and now that is has been thrust front and center into the spotlight, it still offers plenty of opportunities for second, third, fourth and fifth visits. I’ve been several times and still haven’t gotten offshore. But I will, maybe in 2020.

That’s just scratching the surface, and I heartily advocate many spots in South America, Southern Africa, and elsewhere that are emerging, though they haven’t quite reached the “hot” level these five have. But there’s always 2021.

Just In: Senate Backs Out Of Hate Speech Bill

Fr. Mbaka: They Have Refused To Give Up – OYC Claims

SAD: Nigerian Lady Found Dead In Her Room With Her Private Parts Missing

MAY 31: Nobody Should Go Against IPOB’s Sit-At-Home Order – Nnamdi Kanu Cautions