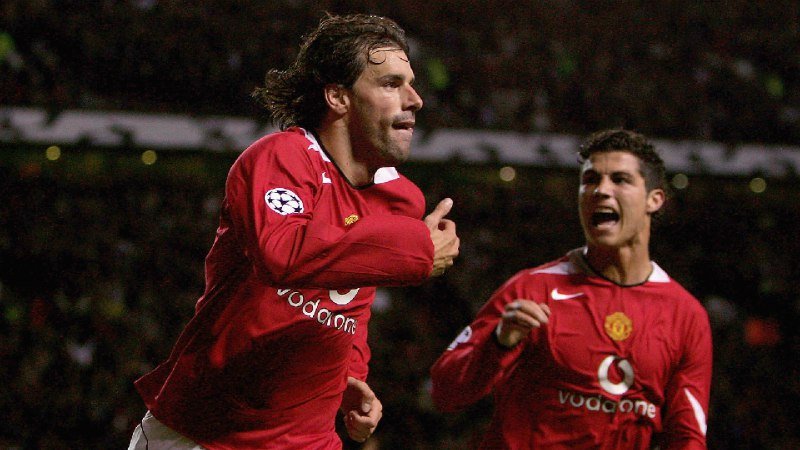 Manchester united seem to have a good relationship with spanish giants Real Madrid. These clam can be traced as six players have in the past moved from Old Trafford to the Bernabeu.

It seem another move is likely to happened  as Real Madrid are desperate to land Paul Pogba from Manchester United this summer.

The Frenchman clearly wants away and if he does depart Old Trafford for the Bernabeu, he would not be the first Red Devil to walk that well trodden path.

Many of football’s greatest players have switched between the rain of the North West and sun of Spain’s capital and Pogba looks set to be the next.

Here Anaedoonline.com remember some of the most iconic stars to transfer between the two great clubs.

Becks slotted perfectly into Florentino Perez’s Galacticos when Real pounced to land the superstar amid his tumultuous relationship with Fergie.

The Spaniards shelled out around £33m for the England ace in July 2003 and he enjoyed a successful spell in Spain scoring 20 goals and providing 51 assists from 159 games before heading off to the MLS.

Beckham won LaLiga just once and despite his free transfer to LA Galaxy in 2007 stunning the football world, the Englishman is still held in high regard at the Bernabeu.

The Dutchman made the switch from United to Real fairly late in his career after etching himself into the hearts of the United faithful since his 2001 transfer from PSV.

After winning the Premier League, FA Cup and League Cup in Manchester, his 150 goals from 219 games saw him secure a move to Madrid in July 2006, age 30.

He hit the ground running in his first season under Fabio Capello before injury hit the following year which eventually led to his departure for Hamburg.

But his 64 goals in 96 Real games made his short spell in Spain a successful one.

The maverick Argentine joined Real from United in 2007 and helped them claim their second LaLiga title in a row in the 2007/08 campaign.

Having moved to Old Trafford from PSG in July 2004, the left-back managed 83 games and is often underrated by football fans despite winning the 2006/07 Prem with the Red Devils.

He went on to play 60 times for Madrid before a 2009 switch to Marseille.

One of the greatest players of all time developed from a scrawny skilful teenager into one of the world’s best talents under the stewardship of Sir Alex Ferguson in Manchester.

Such was his ability during his six years at Old Trafford that after bagging 118 goals and 69 assists from 292 games in all competitions, the Spanish giants paid a then world record £80million for his services in July 2009.

But Ronaldo did not stop there.

Unlike many who wilt under the gaze of the expectant Bernabeu crowd, the Portuguese icon cemented himself as one of the best to ever play the game.

He smashed heaps of records on his way to 16 titles, including four Champions Leagues landing an almost unbelievable 450 goals and 131 assists from 438 games for Los Blancos.

Unlike most high profile names who have played for both clubs, the Argentine winger played for Los Blancos first.

The 32-year-old, who is now at Paris Saint-Germain, fell out of favour at Real and United swooped for around £70m in August 2014.

Having scored 36 and assisted 85 from his 190 Madrid games, there was high hopes for Di Maria at Old Trafford but just four goals and 12 assists from 32 games later, he left for France in the summer of 2015 for around £55m.

Hernandez made a name for himself at Old Trafford by coming off the bench to score big goals which is exactly what he continued to do at the Bernabeu after he was loaned there for the 2014/15 season.

He featured 33 times for the Spaniards that season scoring nine and assisting the same amount but was eventually offloaded on a permanent transfer to Bayer Leverkusen when he returned to Manchester.

His 59 goals from 157 appearances at Old Trafford – most of those from the bench – mean he is still loved at United as could be seen by the reception he received during his recent games against them with West Ham.

Man Collapses After His Wife Revealed Some Deep Truth To Him