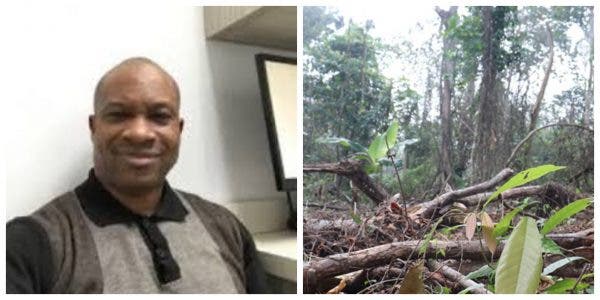 The decomposing body of the kidnapped former Edo State Commissioner for Youth and Sports, Egbe Ediagbonya who was abducted by unknown gunmen, has been found in a forest.

According to reports, some farmers discovered the remains around 6:30 p.m. on May 29 at Edo forest which shared boundary with Ondo state near the victim’s Utese village in Ovia Northeast Local Government Area of Edo state.

Recall that the former commissioner was seized from his residence at Utese on Saturday, May 16 this year by unknown gunmen and suspected kidnappers.

Tragic! Body Of Three Sisters Found In A River In Ebonyi(Opens in a new browser tab)

According to the PPRO, the DPO mobilised his men, contacted the medical team of Igbinedion University, Okada and they moved to the forest in company with the deceased’s family members and the community’s people.

“At the scene, the remains of Hon. Ediagbonya were identified to be him by his family members and immediately, the remains were professionally evacuated and taken to Igbinedion University Hospital Mortuary, Okada for autopsy.”

Please Buhari, Belong To all Of Us – Col. Umar To Buhari

“Uwaila Was A Virgin Before She Was Raped”, Women Leader Reveals (Video)