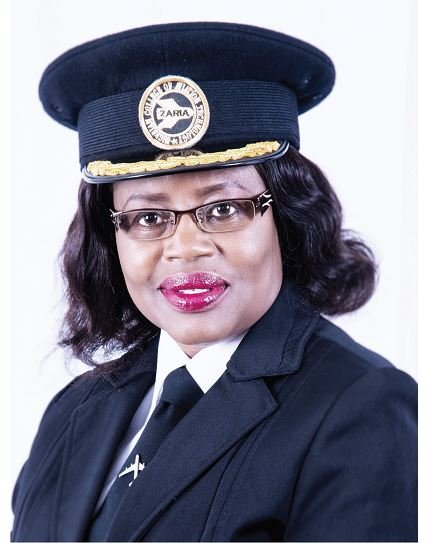 Never ever accept ‘Because You Are A Woman’ as a reason for doing or not doing anything.  ‘Chimamanda Ngozi Adichie’

Women Should Internalize Winning as Normal, What Do You Think? Many young women grow up with desires of what to be or not to be. Some of them eventually become or do nothing because they lack the right motivation and inspiration to BECOME.

Many women have had to draw inspiration from winning men or encouragement from relatives or even determined to be the first of many firsts in their chosen careers. Some of them have conquered against all odds without any willing guide and professional models, others have created pathways for generations of many women to come.

We will be sharing with you stories and personalities of women who have thrived through it all to emerge winners, professionals in their field and also discuss how to advance the movement of women in general. Some of  our “Warrior Women” are winning whether married or single; some others are living legends while some have gone to the great beyond leaving their footprints for us to emulate.

Our women’s list will focus on women from the South-Eastern region which cut across the five states. The very first on our list is  Captain Chinyere Kalu.

Meet Captain Chinyere Kalu, MFR (née Onyenucheya),  the first Nigerian female commercial pilot and the first woman to fly an aircraft in Nigeria. She is a native of Akwete, Ukwa East LGA in Abia State.

Her desire to pursue a career in aviation was inspired by her adventurous aunt, well known for overseas travelling. Her desire to take on this path was unprecedented but with the support of her  mother, she began her journey to a successful career.

She had her primary school education at Anglican Girls Grammar School, Yaba, Lagos State, before she trained as a private and commercial pilot in 1978 at the Nigerian College of Aviation Technology, Zaria under SP.12 Batch.

She subsequently took several aviation and transport courses in the United Kingdom and the United States before she received her license as a commercial pilot on 20 May 1981, from the Nigerian College of Aviation Technology. Some of the training courses  include  Bolivia Aviation, Memphis Tennessee (USA)  for the  Air  Transport  Pilot  Licence  (ATPL),  the  Aircraft Accident Investigation and Prevention Course with FAA Tulsa  in  Oklahoma,  USA.  She  went  on  to  the  Flight Instructor’s Rating at CAA Oxford, United Kingdom and the Commercial Pilot Licence  (CPL/IR)  at  the Nigerian College of Aviation Technology (NCAT) Zaria.

She further narrated her challenges in a male dominated industry where she was victimized because of her gender and faced many months of no pay. She said her challenges discouraged her family members(children, relatives) from plying the aviation trade. In her words, “They felt so threatened to the point that they felt if they left me to excel, probably I was going to take their job from them. So there was a lot of victimization. It has not been easy. There was a period  in my life that I was sent packing for 14 months, no salary, nothing! And that was not the first time or the second, but God has been faithful and that is the bottom line. It has not been easy because I didn’t have the desired support, I didn’t have godfathers and I was there suffering, but God has been faithful”.

Due to her continued dedication and exceptional achievement, she was conferred the honour of becoming a Member of the Order of The Federal Republic of Nigeria (MFR) in 2006. She is a member of the National Association of Aircraft Pilots and Engineers, Women in Aviation International and the Nigerian  Chapter,  Nigerian Women Achievers hall of fame and many more. Her other awards include the African International Achievers Merit Awards 2007; the Rare Gems Professional Achievers Award 2007; and Nigeria’s 50 Greatest Women of Democratic Administration of Ghana 2012.

She was leading the flying school department of the Nigerian College Of Aviation Technology when she was proclaimed the Chief Executive and Rector of the institution by former President Goodluck Jonathan, where she served diligently from October 2011 to February 2014.

She’s married to Mr Okoli-Kalu and they are blessed with three children.

NOTE: You are a “Winning Woman”, you are a “Warrior”