by AnaedoOnline
in Business, Trending Now
0

Skyrocketing food prices and scarcity of foreign exchange (FX) have emerged as the main drivers of soaring inflation and analysts see additional factor of fuel price and electricity tariff increases pushing steeper rise in the months ahead. 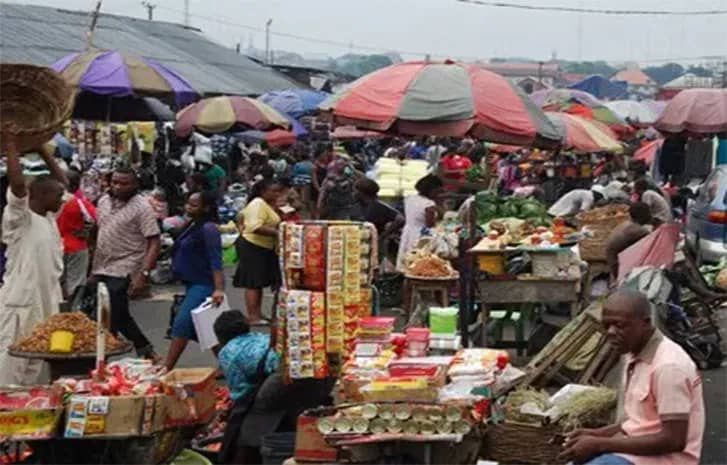 The National Bureau of Statistics, NBS, reported yesterday that headline inflation has hit 14.2 percent as at end last month, up 500 basis points above the 13.7 percent recorded in the previous month of September 2020, while also beating consensus forecast of 14.1 percent.

The October position represents the 14th consecutive monthly rise in headline inflation since September 2019 when it stood at 11.24 percent.

Commenting on the trend, analysts at CardinalStone Finance, a Lagos based investment house, stated: “The worrying trend has been primarily driven by higher domestic food inflation; whose monthly reading (1.96%) is currently at the highest level for 40 months.

“Unsurprisingly, food products with the steepest price increases were those mainly in the CBN’s FX restriction list.”

In its Consumer Price Index (CPI) Report for October 2020, released yesterday, NBS said food inflation rose by 0.72 percent point in October to 17.38 percent from 16.66 percent in September due to increases in prices of bread and cereals, potatoes, yam and other tubers, meat, fish, fruits, vegetable, alcoholic and food beverages and oils and fats.

Outlook Commenting on the development, analysts at United Capital Management Plc said: “Looking ahead, we maintain our outlook for the headline inflation rate remains biased to the upside for the rest of the year, considering the expected rise in food inflation and the recent spike in the Premium Motor Spirit (PMS) pump price by the Petroleum regulators in the downstream sector.

“Notably, pressures on the food inflation sub-index is likely to continue till the end of the year due to supply shortages, structural bottlenecks, logistical constraints, and currency supply shortages on the I&E window.

“Furthermore, we expect that high levels of system liquidity in the latter part of fourth quarter of the year (Q4’20) without a commensurate increase in economic output, will exert upward pressures on the core index.

“Also, some demand pressures on passenger air travels and an uptick in hospitality and medical services are key driver of higher prices.

“Overall, we project month-on-month inflation rate for November 2020 to come in higher, largely driven by the upward review of fuel pump prices and the resumption of suspended electricity tariffs from October 2020.

”Also forecasting, analysts at SCM Capital, another Lagos based investment banking firm, stated: “Our inflation outlook remains biased to the upside anchored on currency pressures due to the devaluation and continued illiquidity in the FX market. In addition, we expect continuous pass-through of higher crude oil prices on domestic PMS prices and the increase in energy tariffs.

“On food prices, we expect sustained uptick in prices, particularly domestically produced food owing to the impact of the flash floods in the food growing regions and the underwhelming harvest season.

“Against this backdrop, we forecast headline inflation for the month of November to print at 15.07% YoY.”