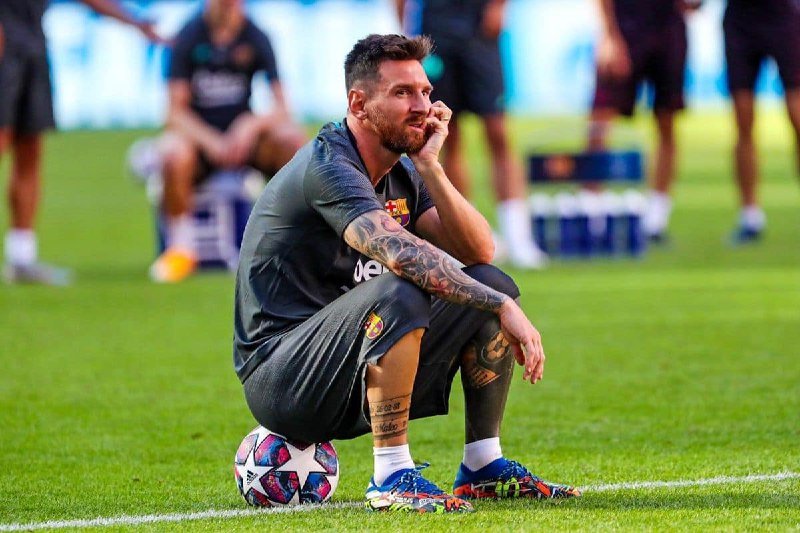 Lionel Messi could face a four-match ban after being sent off for taking a swipe at Athletic Bilbao’s Asier Villalibre in Sunday’s Spanish Supercopa final.

Barca lost 3-2 despite twice taking the lead through Antoine Griezmann, who afterward said he was “p***ed off” at what transpired in Seville.

Koeman said he could empathise with Messi’s frustration, saying the 33-year-old was fouled constantly during the clash against Athletic.

“I can understand what Messi did,” said Koeman, quoted by ESPN. I don’t know how many times they fouled him, and it’s normal to react when they keep trying to foul you as a player who is looking to dribble with the ball, but I need to see it again properly.”

Messi will now be suspended for two games but the ban could be doubled when the Royal Spanish Football Federation’s competition committee meets this week to discuss it.

He could also miss the next round of the Copa if Barca progress, and the visit of Bilbao in La Liga on January 31.

Messi had passed a late fitness to start Sunday’s Supercopa final, after missing the semi-final victory over Real Sociedad.

Barca had gone into the game unbeaten in nine games in all competitions and looked set to make it 10 when Griezmann struck twice.

But the French striker was denied his first trophy since joining Barca after his goals were cancelled out by strikes from Oscar De Marcos, Villalibre and Inaki Williams.

“I am pissed off, angry, annoyed,” Griezmann told reporters after the defeat. I have all the bad feelings you can have after losing a final. We made mistakes at set plays, we defended poorly, we didn’t speak at free-kicks. They’re important details.”

Messi’s first red card in 753 for Barcelona was the fourth of his career overall.

He has been sent off twice playing for Argentina, including on his debut in 2005, and was dismissed during a Barca B game the same year.