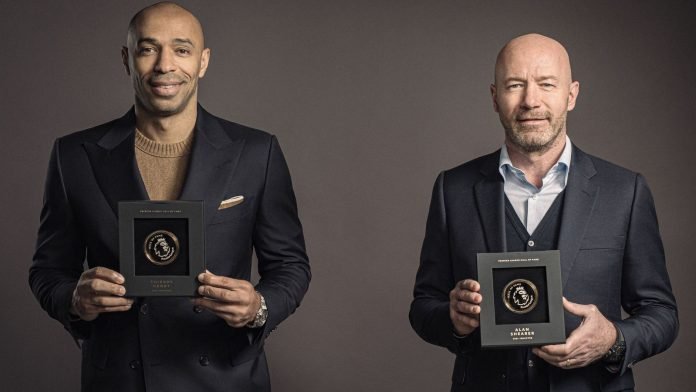 Alan Shearer and Thierry Henry have become the first players to be inducted into the Premier League Hall of Fame.

The Hall of Fame is the highest individual honour awarded to players by the League and celebrates the talent and achievements of standout professionals who have featured in the division since its creation in 1992.

To be eligible, players must have been retired as of August 1, 2020.

Former England forward is a three-time Golden Boot winner and remains the only player to have reached 100 Premier League goals for two different clubs.

Following his move to Arsenal from Juventus in 1999, Henry won the Premier League title twice and was a key member of the ‘Invincibles’ team which went unbeaten during the 2003/04 title-winning season.

The Frenchman won the Golden Boot award a record four times and scored a club-record 175 Premier League goals in 258 appearances for the Gunners.

Channels Tv Suspension: See How Nigerians Reacted To The News

To Be Happy In Nigeria, Is Not Easy – Tobi Bakre Explains