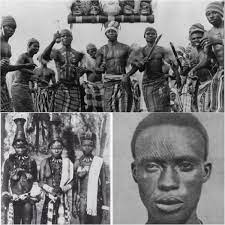 The eastern region of Nigeria is home to over 60 million Igbos, divided by the lower Niger River into two unequal sections: the larger part been the eastern section and a western one. Its population is characterized by the diverse Igbo culture and the speakers of equally diverse Igbo dialects.

Before the colonial period, the southeastern region was a cluster of fragmented towns and villages with a decentralized political unit. It has not always been their home since time immemorial, these towns migrated from different places before settling. Some of these towns still exist in every form today even with the creation of new towns by the colonial masters and government, they include:

It has been argued that Nri is the oldest Igbo town, it is believed to be the ancestral home of the Igbos. The home of the god-like father figure of the Igbo people ‘Eri’ and the Igbo creation myth.

According to archeological facts, the Nri kingdom was speculated to have been established around the 9th century. Nri served as a political and religious center in Igboland. A look at the present culture and lifestyle of the Igbo at large shows the heavy influence of this ancient city.

Religion was central to the political system of Nri town, it thrived on taboos and abomination. The Nri had seven types of taboos: human which included human (such as the birth of twins), animal (such as killing or eating of pythons), object, temporal, behavioral, speech, and place taboos. The rules regarding these taboos were used to educate and govern Nri’s subjects.

The authority Nri kingdom wielded over the surrounding Igbo communities was vast including playing a role that sustained economic stability by ensuring peaceful trade amongst communities. The  Nri wielded this power well into the 16th century.

Nri is a kingdom close to Aguleri, it is within the territory of the Umueri-Eri clan where the Igbos mythically originated from. They trace their lineages back to Eze Nri.

Situated in the heart of present-day Abia state, Arochukwu is one of the most ancient towns in Igboland. It is most noted for the alleged hegemony it wielded in Igboland before the coming of the whites.

Aro is one of the largest eastern settlements, they were said to have migrated around the 17th century into the aro region which was then occupied by the Ibibio people. This lead to the Aro-Ibibio war and the overthrew of the Ibibio people and Aro people subsequently taking over.

It was not long before they established an economic hegemony that conferred great power on them, and the fear of their deity Ibini Ukpabi influenced people more. It was one of few Igbo communities that wedged full-scale war on the Europeans in an attempt to halt their penetration of Igboland.

You’ve probably heard of the Igbo-Ukwu arts; if you haven’t heard of it, you must have of Igbo-Ukwu, home to the earliest smithers and alloys in West Africa.

Igbo-Ukwu is a town in the present-day Anambra State, formerly known as Igbo Nkwo. They are considered the ancestors of Igbo, been part of the Nri confederacy.

The people of Igbo Ukwu town dates as far back as the 9th century from archaeological evidence, they had unique metalwork that thrived well before the coming of the colonial masters.

One of their most famous metalwork is the 3 archaeological sites; Igbo Isaiah, Igbo Richard, and Igbo Jonah. These artworks showcased the rich culture and quasi-civilization of the ancient Igbo society.

Afikpo is the second largest town in Present-day Ebonyi state, it is the headquarter of Afikpo North local government area. It is made up of twenty-two suburbs and villages. These include Ozizza, Ohaisu, Nkpoghoro, and Itim.

It is considered one of the centres of ancient Igbo tradition, its origin going back to the Neothilic age which is about 4000 years ago. Several archaeological findings affirm the ancient civilization of the Afikpo city-state and we believe.

Ngodo is a town in Uturu, Isiakwuato, Abia State. We know that Ngodo-Uturu is an accident town because it houses a stone-age site that is considered the largest handaxe factory in Nigeria and Africa and possibly on the planet.

Archeological excavations put human inhibition of the region to more than 250,000 years ago. We are however unsure if this settlement is Igbo or those of other tribes who have now moved more southward.

Transfer: Ancelotti Ready To Give Bale Another Chance At Madrid