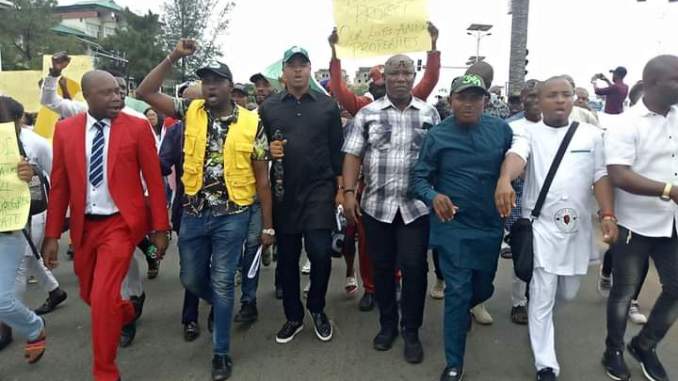 Thousands of Imo youths on Friday took the streets of Owerri, the state capital, in peaceful protest against insecurity that has ravaged the state.

They equally protested against those who are hellbent on causing troubles and anarchy in the state.

The protesters in their thousands made up of men and women, who were led by the Special Adviser to the Governor of Imo state on Youths Affairs, Eric Uwakwe, were seen carrying placards of different inscriptions such as “Be your brother’s keeper”, “Protect your state,” “Stop the hate speech” among others. 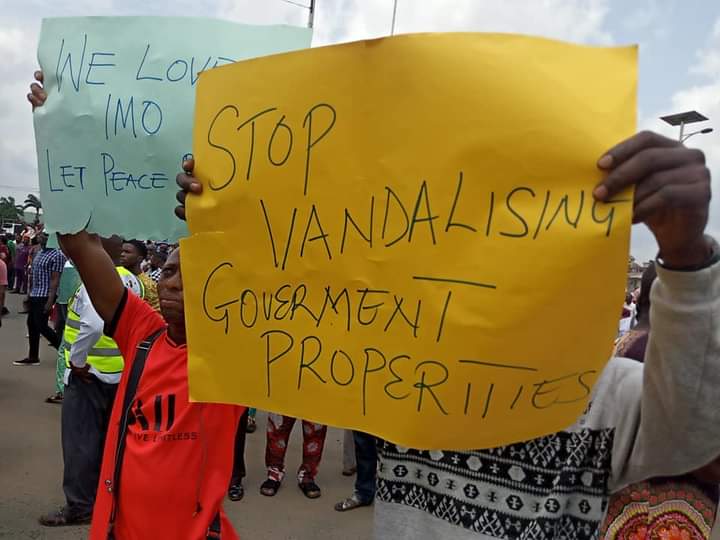 JUST IN: Gunshots Rock Imo, As One Feared Dead

They warned the people perpetrating acts of terrorism against the state to steer clear and allow the governor to concentrate on his good works.

The protesters also commended the governor for his sterling leadership and for showing leadership in the face of the sponsored attacks against the state. 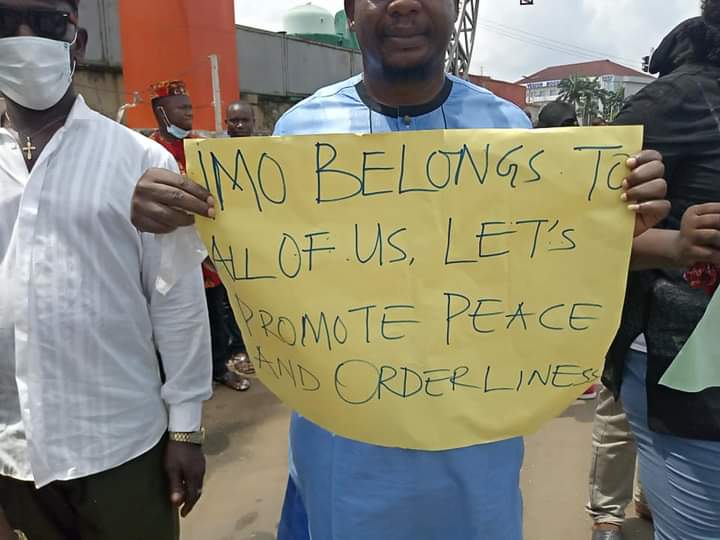 The youths who earlier on gathered at the major entrance to Government House, from where they matched on the streets of Owerri protesting for peace against vandalisation of government properties, killings of innocent Imolites, and unrest in the state.

They called for peace in Imo in the interest of the people.