Landlords Petitions Ugwuanyi Over Unlawful Demolition Of Their Properties, Grabbing Of Lands 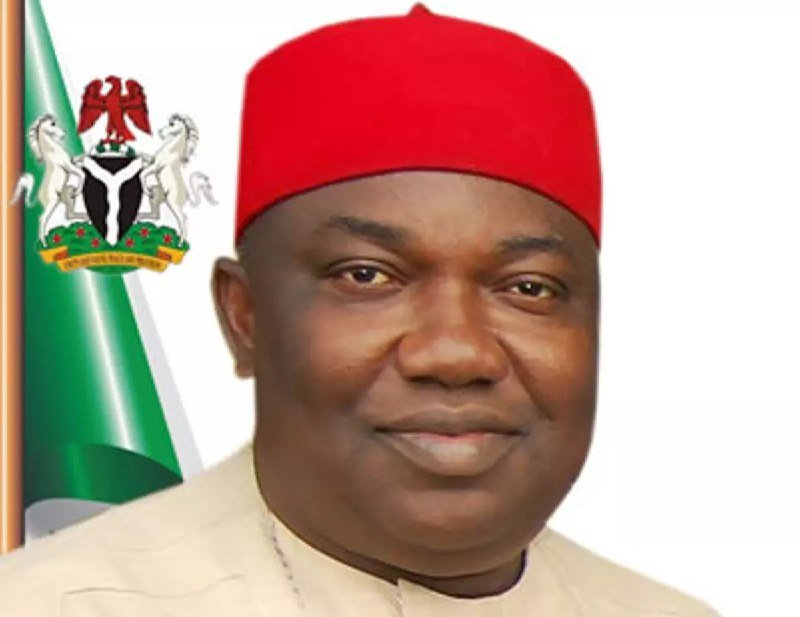 Landlords of Olympic Layout Enugu, have cried out to the state Governor, Chief Ifeanyi Ugwuanyi, over alledged continued unlawful demolision of their properties and forceful take over of lands belonging to them by representatives of Etiti village in Ngwo Community of Enugu North Council Area of the state.

They said the natives have been perpetrating the inhuman act against them with the help of one ChidiEbere Ijiomah, a Suprinntendent of police (SP), who always accompany and give them cover while they carry out the unawaful action.

The residents, in a petition addressed to the Governor, written on their behalf by a human Rights organization, Civil Rights Realization and Advancement Network CRRAN, appealed to Ugwuanyi, to as a matter of urgency intervene on the matter.

The petition signed by President of CRRAN, Barrister Olu Omotayo, was made available to African Examiner on Monday in Enugu .

It read thus: “we write to you on behalf of Olympic Layout Landlords Association “the Association”. Our client is a registered umbrella association of all persons who own plots of land in the area known as Olympic Layout in Awkunanaw in Enugu South Local Government Area of Enugu State.

“The present land grabbers who claimed to be Acting on behalf of Etiti Village, Ngwo, had claimed that by virtue of a judgment of the Court of Appeal Enugu which upturned the decision of the High Court of Enugu state in Suit No. E/439/89, Ozo Jonathan Agu and three other persons acting on behalf of Etiti Village, Ngwo, V. Christopher Nwoye and twenty others representing Umunwakum Atakwu village Akwuke, they are entitled to the entire Layout.

“It should be noted that the decision in Suit No. E/439/ 89, was that the plaintiffs are entitled to customary right of occupancy in respect of the land shown in survey plan number MB/D.18/90.

According to the petition, “The subject matter in that suit was the land covered by Survey plan number MB/D.18/90, which only covers a portion of the area of the Layout and not the entire Layout.

CRRAN recalled that “sometimes late last year some people from Etiti village, Ngwo invaded the entire Layout, purporting to be executing the judgment of the Court of Appeal which gave them judgment in respect of the land shown in survey plan number MB/D.18/90.

“Indeed, these people violently seized and resold several plots of land in the Layout. Most of these plots of land were in areas not covered in survey plan number MB/D.18/90.

“The illegal activities of these people in demolishing peoples properties and indiscriminately seizing plots of land in the Layout (whether it falls within the area covered by survey plan number MB/D.18/90 or not) continued despite efforts by the Surveyor- General of Enugu State and the various stake holders to determine the actual boundaries of survey plan number MB/D.18/90. This issue has currently been referred to Enugu State Boundaries Commission.

The petition which was also copied to the Enugu State Commissioner of police and Chairman, Police Service Commission, added “In most incidents of violent and illegal seizure of land by these people, men of Nigeria Police Force were alerted and they made some arrests.

“However, each time arrests were made, SP Chidiebere Ijiomah of IGP Special Tactical Squad (STS) in charge of Enugu State Command Unit, always secured their immediate release without allowing for any investigation on the erroneous ground that the subsisting judgment of court awarded the entire Layout to the invaders.

“Indeed, on several occasions SP Ijiomah has even led men of the Unit to give armed protection to these persons who violently seized plots of land and destroyed people’s properties in the Layout.

“We urge you to in the interest of justice urgently intervene in this matter and protect the citizens of Olympic Layout from these act of lawlessness which can cause a breakdown of law and order in the area.

“We sought your urgent intervention on the following grounds,

“The Surveyor- General of Enugu State and the various stake holders had met severally to determine the actual boundaries of survey plan number MB/D.18/90 and the matter was thereafter referred to the Enugu State Boundaries Commission.

“That SP Chidiebere Ijiomah has no legal or constitutional power to continue to give active armed support to these invaders in the course of their illegal land- grabbing and wanton destruction of properties in Olympic Layout.

‘They Are Sycophants’ – Rita Edochie Blasts Those Against Release of Nnamdi...

“How I Escaped From Den Of Ritualist Who Patronized My Business” –...