The Untold Stories Of Owerri Sector Of The Civil War 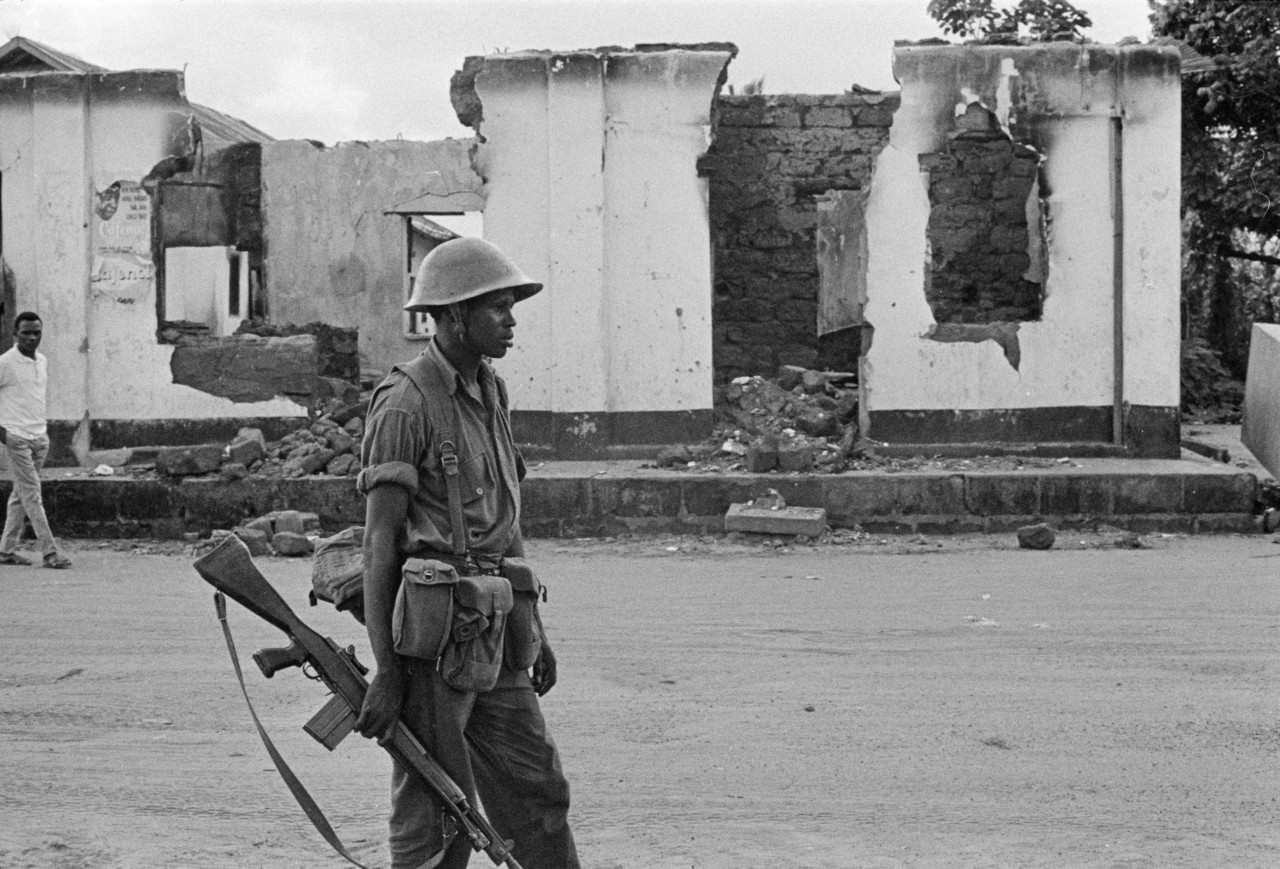 The Owerri Sector of the Biafra-Nigeria War was the sector that saw the most battles. While the battle for Onitsha might be considered the most consequential one in the war, it was Owerri that managed to remain in the news for its battle throughout the 30 months of the Civil War. Owerri Sector of the Civil War became a symbol of the Biafran resistance. Its capture, recapture, attacks, and assaults, and its final breaking all x-rayed the fortunes of Biafra.

Background of the sector

In late May 1968, Port Harcourt had just been captured, the boots of Nigerian forces faced the hinterlands, in the belly of Igboland. Colonel Adekunle now made his (in)famous statement, “I will be able to capture Owerri, Aba, and Umuahia in 2 weeks.”

With this, Nigerians set up “Operation OAU”. The insult aside, The Biafrans have been pushed to the depth of their holds. With Calabar, Port Harcourt, Enugu, and Onitsha in Nigerian hands, Biafra could no longer afford to lose an inch of land to the “vandals”. And Nigeria was coming for this so-called OAU, the U in it was Umuahia, the new capital of Biafra.

It would be a hell of a battle. It was. Hell.

Why was Owerri Important

For the Biafrans, Owerri was important because:

i) They can no longer afford to lose a single inch of territory to the invaders.

ii) Owerri is a big town and in the centre of a large metropolis with small towns and dozens of villages attached to the city. The civilian population that would be dislodged if the city falls would be too much for the remaining Biafraland to absolve.

iii) Owerri was a communication centre with equipment for effective information sharing.

iv) Owerri was important to Biafrans in order not to be of use to the Nigerians.

i) Owerri would serve as a base for their troops and a launchpad into “Operation OAU” units and the rest of the Biafran territory.

ii) It would be a military, territorial, and psychological victory for Nigeria.

The untold stories of the Owerri Sector of the Civil War

Owerri was captured in mid-September 1968 and it was believed, by many in Nigeria and outside, that it was a matter of weeks before the war would come to an end. But the Biafrans would not let it be. Owerri became the symbol of the Biafran resistance.

Here is a bout-to-bout account of how the Owerri Sector of the Biafran War occurred.

The Nigerian troops didn’t have any respite in Owerri.

After the city was captured with less than 5,000 Nigerian soldiers, the Nigerians knew they couldn’t keep the city with this number and needed reinforcement badly. More than that, in the immediacy, they needed food and medical supplies.

The untold stories of the Nsukka Sector of the war

Slowed by mud and continually harassed by Biafran gunfire, the Nigerians couldn’t get supplies into Owerri.

The 14th Division, in December 1968, recaptured villages outside of Owerri including Eziama in the present-day Mbaitolu Local Government Area. The 68th Battalion recaptured a chunk of Owerri-Port Harcourt Road, from Otamiri River up to Owerri itself.

The 68th Battalion and the 63rd Brigade linked up.

In January 1969, Biafran troops were successful in capturing more villages around Owerri most notably Obinze.

Genocide was committed in Owerri villages

Biafran troops had control of all roads leading out of Owerri. They began planting miles and felling trees on the road to prevent reinforcement and supplies and escape. But the Nigerians had air superiority and they began to bomb Biafran holdings. 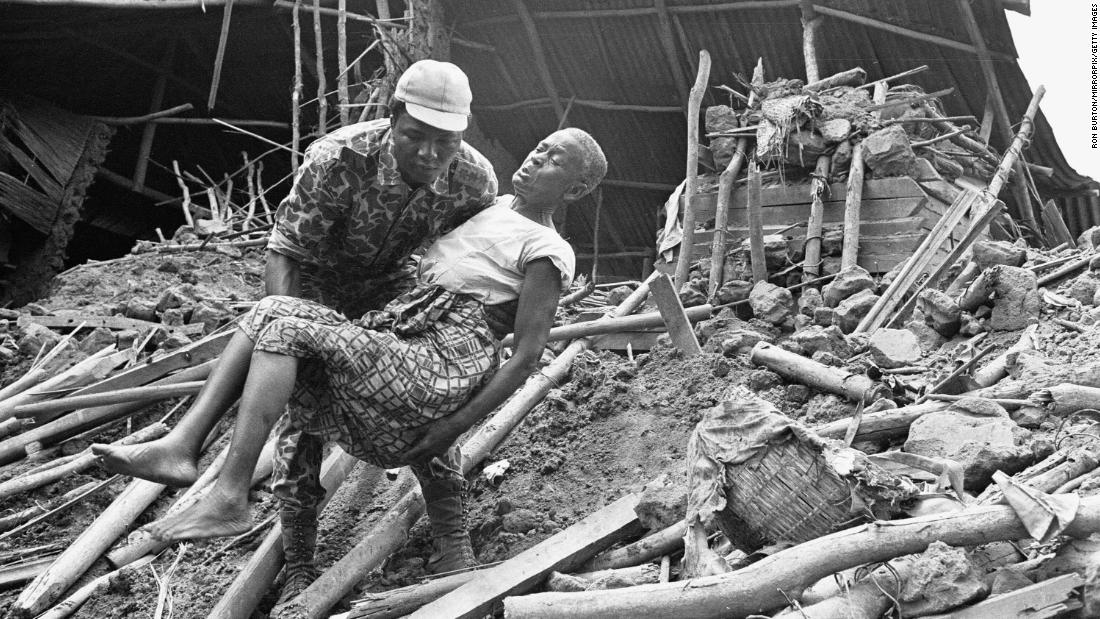 Assisted by Egyptian mercenaries, the Nigerian Air Force bombed villages near Owerri. The village of Umohiagu in today’s Ngor Okpala Local Government Area was completely destroyed. The village of Azu Abam in Arochukwu was also destroyed.

It is still a big wonder why these genocidal assaults around Owerri have not gained the attention of anyone yet.

Joseph Achuzie and Major Timothy Onwuatuegwu nearly shot each other

Major Achuzie arrived at the Owerri Sector of the war in March 1969. He was sent to the S Brigade in what Biafran Force Headquarters hoped would be the final puzzle that would recapture Owerri. At this time, a large chunk of Biafraland was in Nigerian hands and nearly every major town as well.

Even though the war had now gone on for close to two punishing years, some things remained – passion for Biafra and reputation. Major Achuzie came with these to the front. But the situation of Biafra weighed heavy on every shoulder and tempers were all over the place and a little trod can start a war. It nearly was for Achuzie and Onwuatuegwu.

Untold Stories of Port Harcourt Sector of the War

Onwuatuegwu welcomed Achuzie to his front and gave Achuzie half of his men. But Achuzie wanted the whole soldiers in his command. They had a quick exchange of words which saw each cock their guns but their lieutenants stepped in and common sense prevailed.

What would have been had these two killed themselves?

The first bloody push into Owerri

The news of his commanders nearly coming to blows (a euphemism) reached Ojukwu in Umuahia. He radioed that Achuzie take over the whole command. Achuzie was the hero of the Abagana Ambush and was invisible in the Port Harcourt sector (see above). He was a ruthless fighter.

Achuzie attacked Owerri with his full force. The Nigerians stood firm and it was a bloodbath for Achuzie’s men. In one week he lost more than half of his men.

Ojukwu relieved Achuzie of his command and put Onwuatuegwu back in charge. Throughout the war and in the aftermath, Achuzie was accused of unnecessarily risking and wasting the lives of his men. This first body Owerri assault stands up there in the list of examples mentioned when recounting Achuzie’s wastages.

The recapture of Owerri

It was the 14th Division that would recapture Owerri. They entered the city on March 31st and fought for hours. By the next day, April 1, they had three-quarters of the city in Biafran hands and it wasn’t April Fool. For the rest of the month, Nigerian troops were now fighting not to hold the city but to escape into Nigerian-held territory.

Biafran air fighters in Owerri headed by a Swedish mercenary countered every form of air assistant to the Nigerian footsoldiers. By the end of April, with their second in command killed, Nigerian forces left Owerri. There were about 5000 of them who captured the city but only 300 of them left with their heads on their shoulders.