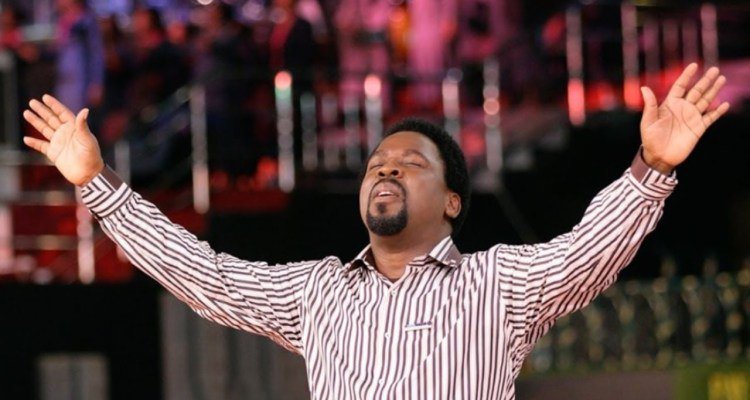 The late founder of the Synagogue Church of All Nations, Prophet T B Joshua, has been described by a religious organisation in New York City, White House Prayer For Our Nation, Inc. as a special gift from God to humanity.

The televangelist died two weeks ago, and his burial programme is billed to commence on July 5 through to July 10 at the church premises in Lagos Nigeria.

The organisation in a statement said the late cleric is known across the entire America “as a man of prayer, prophetic insight, a dynamic teacher, philanthropist and humanitarian”.

The statement reads, “Prophet TB Joshua was a special gift from God to humanity. He was a herald of the Gospel and agent of transformation, economic empowerment and spiritual liberation. He is known by the Christian community here in the United States and around the globe as a man of prayer, prophetic insight, a dynamic teacher, philanthropist and humanitarian.

“For over 25 years, he has been a great source of inspiration through televangelism which has broadly impacted the religious heritage of many nations. His life reflects the words of the Apostle Paul in Philippians 1:21-23 – “For to me, to live is Christ and to die is gain. If I am to go on living in the body, this will mean fruitful labour for me. Yet what shall I choose? I do not know! I am torn between the two: I desire to depart and be with Christ, which is better by far.”

“He was indeed a 21st-century prophet who has completed his assignment and has made his transition to join our great prophetic ancestors including Isaiah, Jeremiah, Ezekiel, Daniel, John the Baptist and Zechariah. Several scholars have listed him among the world’s most famous prophets.

“It was always our desire to have Prophet T.B. Joshua to minister at our gathering here in Washington DC but God had other plans for him in this time and season. We thank God for the thousands of lives that were delivered from spiritual, social and economic bondage through his ministry. He has fought a good fight; he has finished his course and he has kept the faith. May his soul rest in peace and light perpetual shine on him”.

Police Step Up Vigilance After 4 People Were Killed By Gunmen In...

Kukah Is A Strong Combatant – Buhari