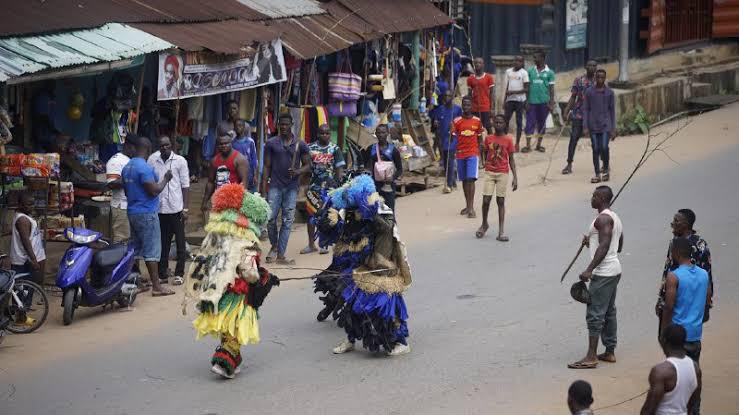 As part of plans to improve the safety of residents and avoid any possible breakdown of law and order, Nnewi Community has announced that all masquerades that will feature in this year’s Afia-Olu festival must be registered.

According to the Chairman of the 2021 Nnewi Afia-Olu Festival, Hon. Afam Ejimbe, for the purpose of identity, his committee has decided that all masquerades that will be participating in the festival must undergo a registration process.

He revealed that his committee will set up registration centers in the four (4) quarters, noting that the standard required for the registration must be strictly followed.

All masquerades In Igboland named and described

He said centers will be announced in each quarter where everyone that intends to put on masquerade will go get registered and number given to such person without which they will not be allowed and our security will be on a serious patrol during the festival.

Hon. Afam Ejimbe who explained that the registration process is part of security measures to prevent non-indigenes from hijacking the whole exercise. This is not, however, a complete ban on the participation of non-indigenes. They will be allowed to put out masquerades only on the basis that the landlord of such person will surety him. He didn’t say what would happen if the said person is a landlord himself.

He also mentioned that any masquerades outside the town that will like to feature in the festival must be screened.

To ensure compliance, he said that Nnewi security outfit will be on a serious patrol during the festival to checkmate any attempt to breach security measures.