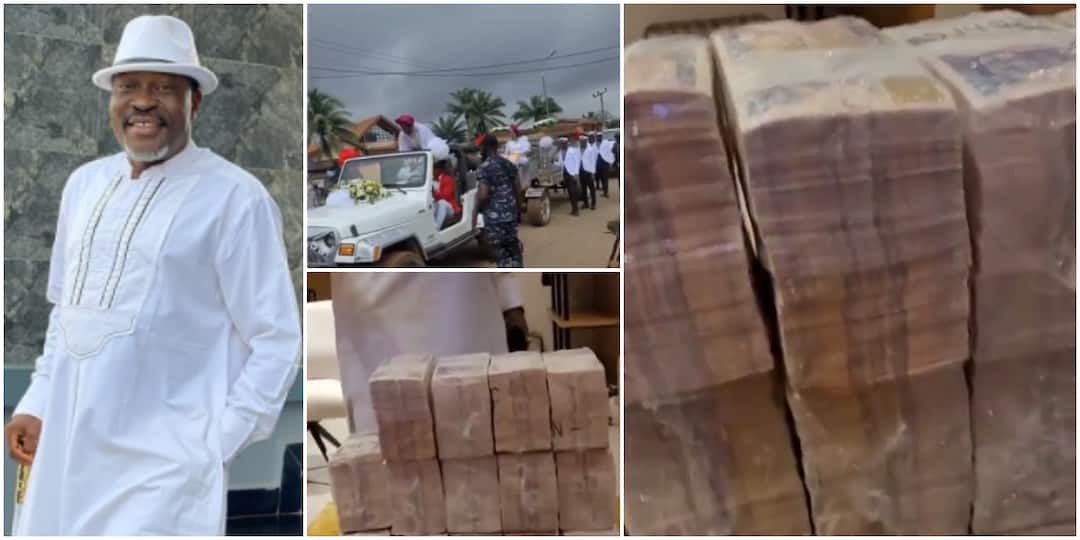 Anaedoonline.ng reports Billionaire businessman, Obi Iyiegbu, popularly known as Obi Cubana, lost his mother in December 2020, and will be laying her to rest today in Oba, Anambra state.

Preparations for the funeral have already caught the attention of many after the club owner received 246 cows from his friends.

Amongst Nigerian celebrities who stormed the funeral is Kanayo O Kanayo, showing his preparedness towards the ceremony which is currently the biggest in Nigeria.

Sharing the video via his instagram, Kanayo wrote; ‘EGO Amaka’

Meanwhile, Kanayo O Kanayo has ”informed” men residing in Lagos and Asaba whose girlfriends would tell them they are going home for the weekend, that they would be coming to Oba where the high and mighty are expected at the funeral.

LATEST: Nnamdi Kanu Has Right Of Self-Preservation, He Did Not Jump Bail In 2017 – Igbo Lawyers