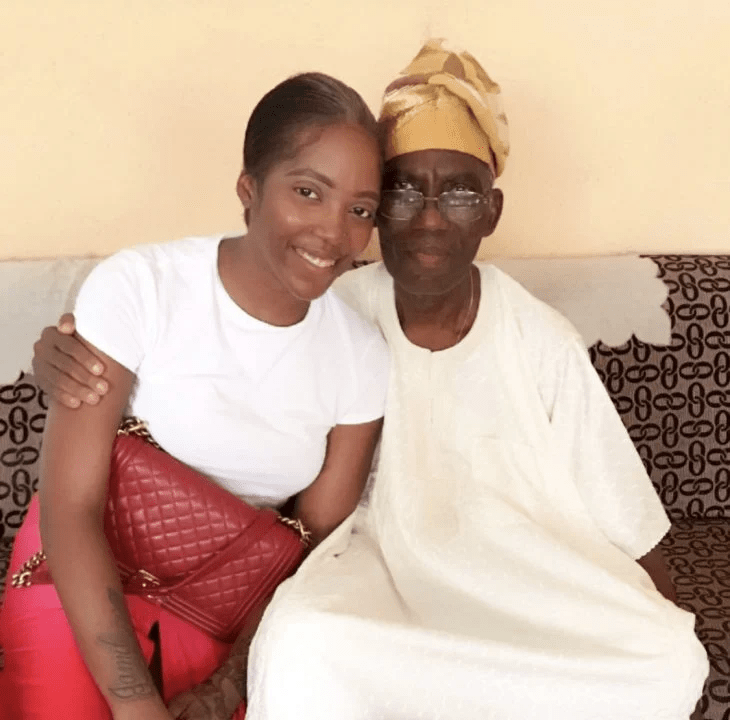 Music superstar Tiwa Savage has announced the death of her aged father. Savage made the announcement on Monday, July 19, 2021, via her Instagram account.

The singer and actress revealed that her father fought till the end, suggesting that he had a terminal ailment.

“Early hours of this morning you made a peaceful transition. You fought till the very end, you really fought daddy, it’s been rough for you these past couple years but you are resting now,” she said.

Continuing, Savage expressed her sadness saying her late father’s death is tough on her and has left her weak. “This is tough on me, I’m so numb, so weak.

Rest In Perfect Peace my King, I love you daddy. Savy t’eko, pappin K” This is the first time the 41-year-old singer is revealing the identity of her father to her multitude of fans.