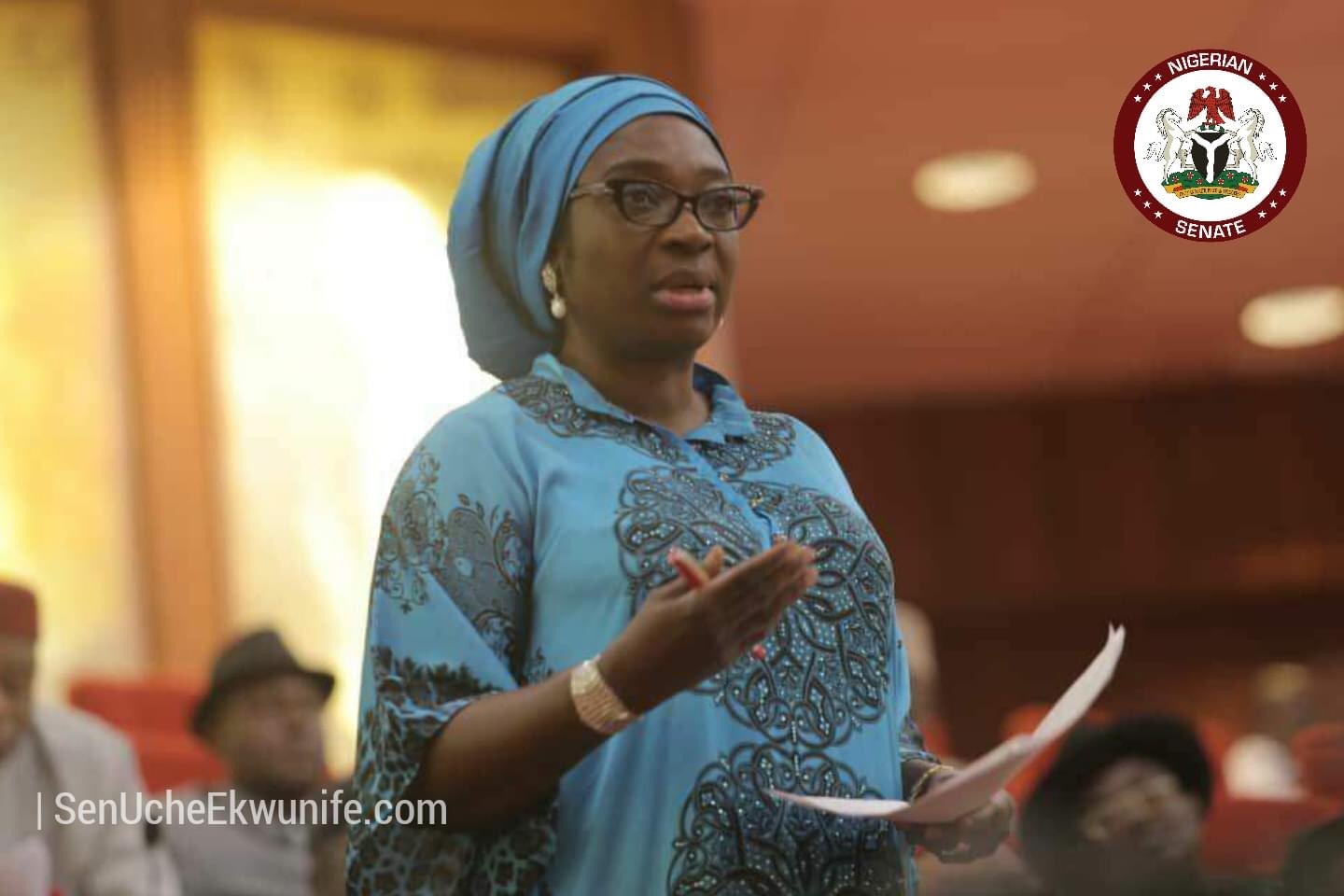 The women in governance campaign have over the years garnered grounds in states across Nigeria, Anambra State was not left out. In fact, Anambra is clearly the state with the most progressive states in this regard in the South East.

And it is not something of today. When you talk about women in politics, whatever era you choose, Anambra State ranks somewhere among the top five; it is the only state in Nigeria to have ever been governed by a woman in the person of Dame Virginia Etiaba.

With two of the three senators for the state women, Anambra State has maintained their lead in women in governance in not just east of the Niger but across the whole federation. It is rather incomplete that we would only talk about five top female politicians in Anambra when indeed there are dozens of them. Perhaps this five is a good ground to begin.

Uche Lilian Ekwunife has been the poster for women in politics in Anambra state for the last several years. She has over the years gingerly climbed the political ladder in the state, a few mistakes and losses do not seem to deter her, instead, she aims higher.

Senator Uche Ekwunife has not always been a politician, she transitioned from a successful banking career, working for various commercial banks including Royal Merchant Bank, Equitorial Trust Bank, and then Standard Trust Bank, where she rose to an area manager position.

Officially, Uche Ekwunife’s political career kicked off in 2007 when she was elected a member of the House of Representatives representing Anaocha/Njikoka/Dunukofia Federal Constituency. Hon. Uche Ekwunife went on to serve for two terms, during her second term in office she was one of 11 women elected in 2007 who was re-elected in 2011 when the house of representatives was almost 95% male. She was also the Deputy Chairman, House Committee on Public Accounts, House of Representatives during her second term in office. 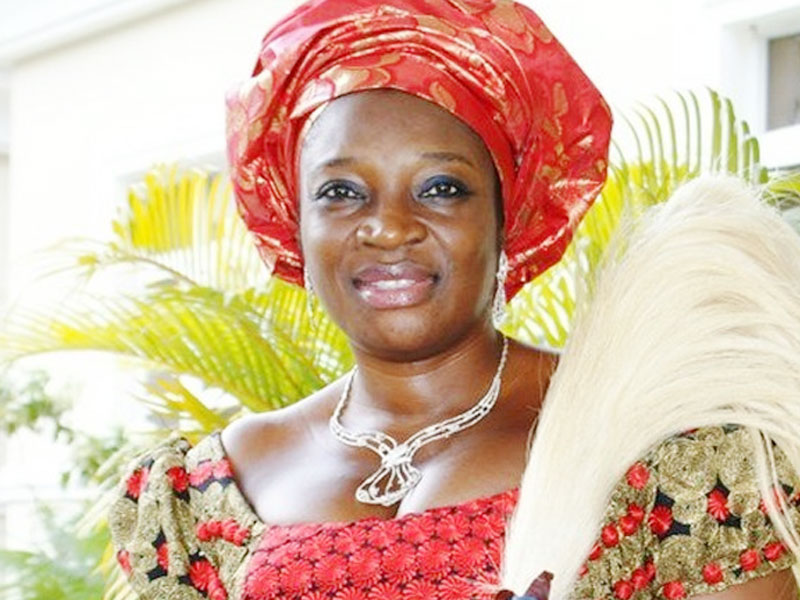 Amidst delivering her duties as a representative, Uche Ekwunife in 2010, contested in the Anambra State Gubernatorial elections on the Peoples Progressive Alliance (PPA) platform but was unsuccessful. Again, she sought the seat in 2013, which she lost at the party primaries of All Progressive Grand Alliance (APGA) to Willie Obiano.

Uche Ekwunife was one of the six women elected to the 8th National Assembly in 2015 for the Anambra Central Senatorial District. However, she was sacked on December 7th, 2015, by the Court of Appeal sitting in Enugu after she was dragged to the court by Chief Victor Ume of the All Progressives Grand Alliance on the grounds of switching parties to win the election. The court ordered INEC to conduct a fresh election within 90 days, Uche lost to chief Ume of APGA in the election re-run.

In 2019, Uche Ekwunife won the senatorial seat representing Anambra Central Senatorial District. Yet again, in 2021, Senator Uche Ekwunife made moves to run for the Governorship election only to lose at the primary level to Valentine Ozigbo as the party’s flag bearer.

Uche Ekwunife has a spot at the top of female politicians in Anambra amidst her triumphs and losses.

Stella Oduah Ogiemwonyi is a Senator of the Federal Republic of Nigeria from Anambra North Senatorial District and a former Minister of Aviation.

She is best known for the controversies surrounding her during her time as the minister of aviation under the Goodluck Jonathan administration. Stella Oduah was appointed as the Minister of Aviation on July 4th, 2011 but was relieved of her duties on 12th February 2014. She was sacked after almost three years in office because of various scandals including the highly inflated purchase of Bulletproof BMW Cars without following due process, alleged false MBA degree from St. Paul’s College, and others that came even after she left office. 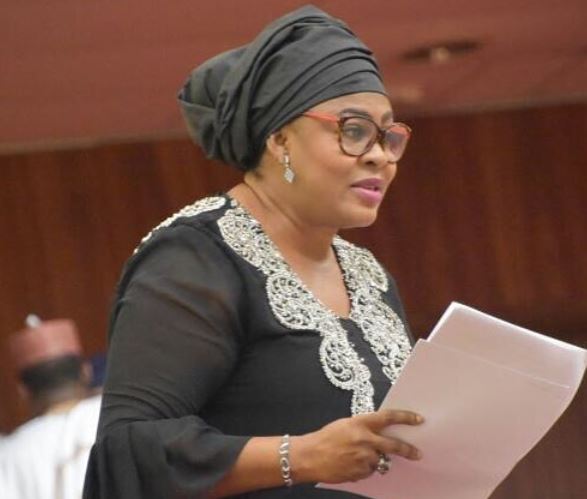 Oduah was not fazed in any way by the questions surrounding her name, she plowed ahead with her political career. Less than a year after she was relieved of her duties she became the campaign Director of Administration and Finance for former President Goodluck going into the 2015 elections.

In the same 2015, she contested for the senatorial seat of Anambra North Senatorial District in 2015 elections on the platform of the Peoples Democratic Party (PDP), she won her APGA opponent by a landslide.

Stella Oduah became one of the seven women who were elected to the 8th National Assembly. In 2019, she was re-elected for a second term where she is currently serving.

Senator Stella Oduah comes from a line of power, she is born into the family of Igwe D.O. Oduah of Akili-Ozizor, Ogbaru L.G.A. in Anambra State. Oduah-Ogiemwonyi received her Bachelors’s and Masters’s Degree (in Accounting and Business Administration respectively) in the United States.

She returned to Nigeria in 1983 and joined the Nigerian National Petroleum Corporation where she worked for nine years before leaving in 1992 to establish her own company the Sea Petroleum & Gas Company Limited (SPG), an independent marketer of petroleum products in Nigeria.

Senator Stella Oduah was married to the former Minister for Works, Engr. Chris Ogiemwonyi and they have children together.

Hon. Lynda Chuba Ikpeazu is a description of a pacesetter, she is a 3rd term member of the House of Representatives, Representing Onitsha North and South Federal Constituency.

Lynda Chuba-Ikpeazu is a poster girl for beauty with brains, a model, and crowned beauty queen before venturing into the political sphere. She started the trend of Igbo women dominating the pageantry scene in Nigeria after she won the first Most Beautiful Girl In Nigeria pageant, she also won the Miss Africa Crown and also the first Nigerian to contest in Miss Universe.

The Honourable has served in various capacities in government starting from 1999 to 2003, she contested and won the election to represent Onitsha North and South Federal Constituency in the House of Representatives under the Umbrella of the All Peoples Party (APP) which later transformed into All Nigerian Peoples Party (ANPP).

Lynda Chuba is known for being an active voice in the house, she is an advocate of the private sector-driven economy, hence she was visible in the debate for the privatization of some public agencies of the federal government. A human activist, she sponsored a bill to establish a National Social Security Welfare Board that essentially seeks to administer benefits to disadvantaged Nigerians and formulate policies for determining persons entitled to such benefits.

She serves under the following Committees: Appropriations, Army, Defence, Public Petitions, NDDC to mention a few, and has made positive contributions in that capacity. She is a member of the ECOWAS Parliament and also the Chairman, Sub-Committee on NDDC Budget.

She is the only female Honourable Member of the 7th Anambra State House Of Assembly, Beverly Ikpeazu-Nkemdiche stands tall amongst the crowd of 20 men.

Hon. Beverly Ikpeazu-Nkemdiche is a politician and a three-time member of, Anambra State house of Assembly representing the Onitsha South II constituency. Before her journey into politics, she was experienced in management, Real Estate, and Accounting. Hon. Beverly worked in many parastatals in the United States after her schooling where she obtained her B.Sc in Accounting/ Business Administration from Oklahoma City University.

Beverly is certified in Software Application Programme (SAP) and analysis from Atlanta Tech. College. She broke the record as the first black personnel Manager in the Georgia Department of Transportation for twelve years and four months.

Beverly was born into the family of late Justice Chuba and Angie Ikpeazu of Umudei Village, Onitsha, she is a sister to Lynda Chuba-Ikpeazu, a member of the House of Representatives, Representing Onitsha North and South Federal Constituency.

A woman of passion and humanity, she reaches out to the less privileged, the widows, pays tuition for many, funds little businesses for her constituents through her Nkemdiche Foundation.

It’s no surprise that the wife of renowned Igbo leader and activist Chukwuemeka Odumegwu Ojukwu follows his tow in the world of politics.

Bianca Odumegwu-Ojukwu is a very popular figure, from her renowned beauty to her love controversy and eventual marriage to former Biafran President, Chukwuemeka Odumegwu Ojukwu. She is a politician, diplomat, lawyer, and businesswoman.

In 2011, Odumegwu-Ojukwu was appointed Senior Special Assistant on Diaspora Affairs by President Goodluck Jonathan; in 2012 she became Nigeria’s Ambassador to Ghana and later Ambassador to the Kingdom Of Spain. In 2016, Odumegwu-Ojukwu received a master’s degree in International Relations and Diplomacy from Alfonso X el Sabio University in Spain. She is now Nigeria’s permanent representative to the United Nations World Tourism Organization.

During the 2019 elections, she declared intentions to run for the senatorial seat in Anambra State which was not successful but in no way diminished in her interest in politics as she had alluded several times in interviews of interest to run again in the future.

These women are just a few amongst several female politicians in Anambra state, it can be said that it is one of the states in Nigeria that encourages female participation in government. 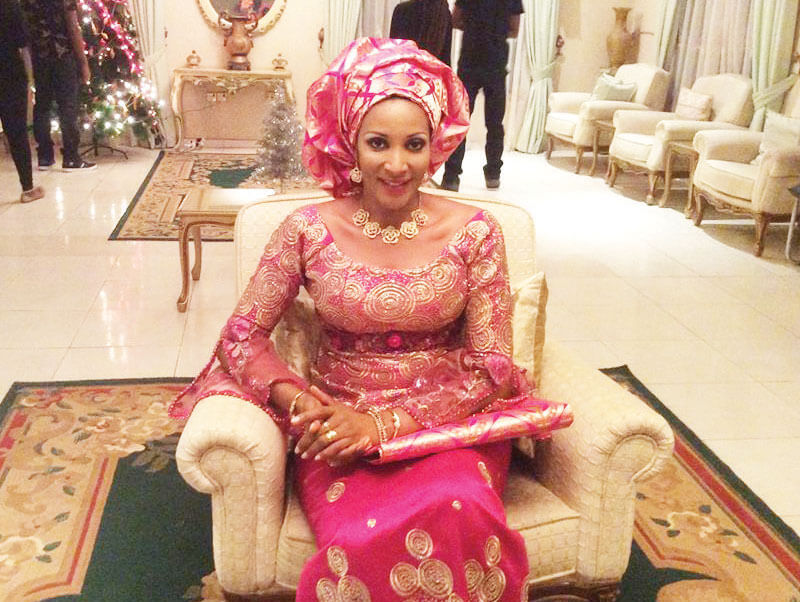