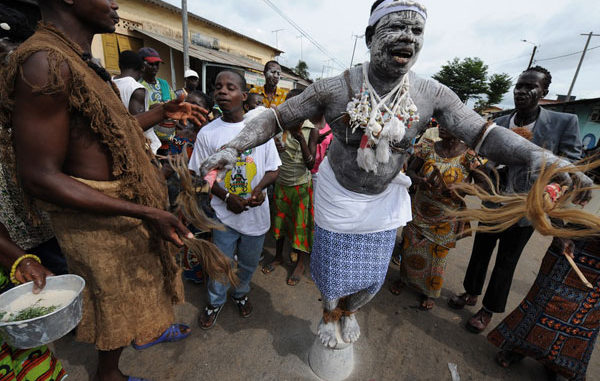 The killing of seven persons over allegation of witchcraft at Dasin Bwate village in Fufore Local Government Area of Adamawa State has led the district head and residents to flee their homes.

The Police Public Relations Officer (PPRO) in the state, DSP Sulaiman Nguroje, confirmed the development in a statement on Wednesday in Yola, disclosing that an investigation team had been deployed to the village.

He stated that the team found the seven unidentified corpses from the killing which happened on Tuesday, in one of the houses in the village.

“Seven people were killed in Dasin Bwate village in Fufore LGA over witchcraft allegation. The police have deployed investigation team into the village,’’ Nguroje said.

He, however, said that when the team arrived the village on Wednesday morning, the residents, including the village head had deserted the community.

While stating that no arrest has been made so far, Nguroje urged people of the neighbouring communities to volunteer information that will aide the investigation of the matter.

“We are calling on the neighbouring villages to assist the police with useful information on the whereabouts of the residents of Dasin Bwate,’’ he pleaded.

Kpokpogri Reportedly In DSS Custody After Breakup With Tonto Dikeh