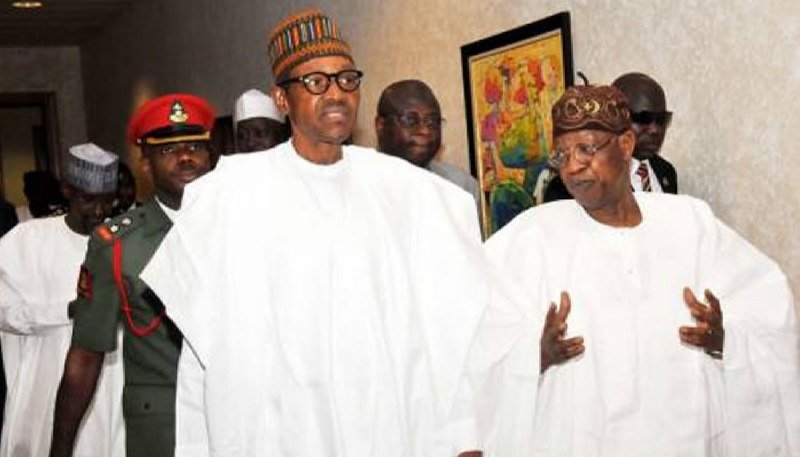 The Minister of Information and Culture, Lai Mohammed on Thursday asserted that there is a long list of projects being executed with the loans obtained by the government of President Muhammadu Buhari.

Anaedoonline.ng reports that the Minister stated this at a town-hall meeting to address the destruction of power and communication infrastructure in Maiduguri, Borno State. He declared that Boko Haram terrorists will fail in their bid to use the destruction of power and communications infrastructure to inflict pain on the people because the military is decimating them.

It emerged last Tuesday that Buhari forwarded a letter to the National Assembly seeking approval to borrow fresh $4,054,476,863 and €710 million loans and the grant components of $125 million. He said, in the letter, that “projects listed in the external borrowing plan are to be financed through sovereign loans from the World Bank, French Development Agency, EXIM Bank and IFAD in the total sum of $4,054,476,863 and €710 million and grant components of $125 million”.

Mohammed has now explained that the government is not borrowing to finance recurrent expenditure but to build world-class infrastructure across the country.

“Naysayers have recently ramped up their criticism of the Buhari administration for borrowing. These critics are insincere. We are not borrowing for recurrent expenditure or to pay salaries.

“We are borrowing to build world-class infrastructure that will benefit generations of Nigerians. We have a lot to show for the loans we have taken.

“There is a road project in every state. Today, we have started the countdown to when the second Niger bridge, which successive administrations have built only on paper, will be completed.

“The list of projects we are handling with the loans we obtained is long,” the Minister said.

Mohammed lamented that the destruction of public infrastructure “is worse than we had imagined”, adding that a massive infrastructure deficit is among the challenges faced in Nigeria.

He cited an example with the claim that it would cost the federal government N3.8bn to repair just four bridges that were damaged by vandals and petrol-laden tankers, stressing that the huge amount that could have been used to build new infrastructure.

“This is why the Muhammadu Buhari administration has deliberately adopted an inclusive infrastructure provisioning framework that spreads to all sections of the country.

“Despite a drastic drop in revenues and competing priorities, especially that of battling insecurity, the federal government has invested heavily in providing new infrastructure, as well as reconstructing and rehabilitating existing ones,” he said.