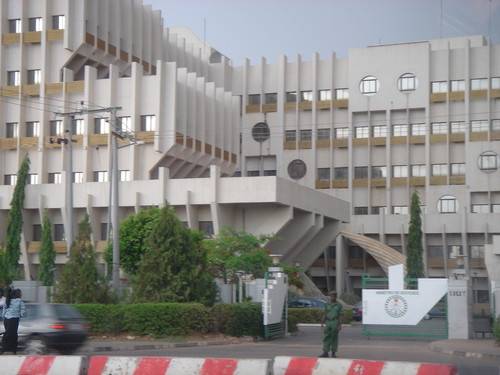 The Defence Headquarters has rubbished claims that some terrorists were setting up camps around the Federal Capital Territory, Abuja and Niger State.

The Chief of Defense Staff (CDS), General Lucky Irabor who spoke about the report on Thursday, said there is no truth in it as if anything of such was going on, the Nigerian Military would have picked it up.

Irabor stated this while speaking at the Aso Rock Villa in Abuja during the ministerial press briefing organized by the Presidential Communications Team.

He submitted that the rumours are just the handiworks of some mischief-makers.

Anaedoonline.ng recalls the pan-Yoruba socio-cultural organization, Afenifere had warned that the set up of Boko Haram terrorists and bandits’ camps in the Federal Capital Territory and Niger State is a strong indication of looming danger in the country.

It, therefore, tasked the Federal Government to redouble its efforts in tackling insecurity by declaring bandits as terrorists, as recently recommended by the National Assembly.

Afenifere’s national publicity secretary, Comrade Jare Ajayi, in a statement on Wednesday, stressed that urgent, decisive, and sincere actions need to be taken to prevent the country’s disintegration owing to ever-increasing reports of how terrorists are gaining grounds in Nigeria.

But General Irabor in his reaction on Thursday, rubbished the Afenifere report. He said the alarm is false and should be disregarded by members of the public.

JUST IN: Buhari Reveals Why Force Has Not Been Used On Bandits

On the alleged double standard the military is adopting in dealing bandits, kidnappers, and other criminals operating in the Southeast and the North, the CDS said nothing of such is happening as people spreading such insinuations don’t understand how the military operates.

He added that there is a difference between what is going on in the south and what is happening in the north but the military is dealing with each situation in the right way.

According to him, “what you find in the southeast is different from what is obtainable in the north.”

Also, responding to questions on why controversial Islamic scholar, Sheikh Ahmad Gumi is allowed to freely interact with known bandits and their leaders, the CDS pointed out that the military welcomes any help in combating the bandits and terrorists.

Insecurity: No Part Of Nigeria Under Any Terrorists’ Control – APC

He added that as long as such interventions are not contrary or inhibiting the operations of the military, it remains acceptable.