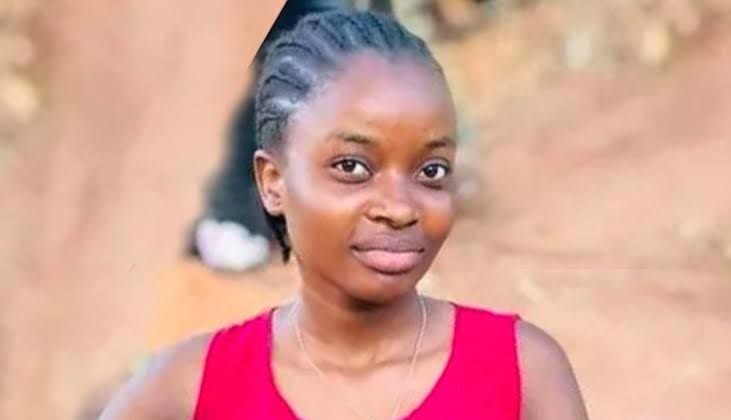 The Nigerian Police Force has finally arraigned Gloria Okorie on a 12-count charge bordering on terrorism, after spending one hundred and fifty-five days in detention.

Gloria who was arraigned before Justice Taiwo Taiwo of the Federal High Court pleaded not guilty to all the counts levelled against her in charge No. FHC/ABJ/CR/297/2021, dated August 31, 2021.

Justice Taiwo after hearing her plea directed that she be remanded at the Suleja Correctional Centre and adjourned the case till November 18 for hearing of the bail application.

The bail application was filed by Gloria’s counsel made up of Deji Ajare, Nanpon Wuyep, Samuel Ihensekhien Jnr and four others.

Recall that Gloria who just finished writing the Joint Admissions and Matriculation Examination, JAMB was arrested and accused of being a spy for the Indigenous People of Biafra, IPOB.

The Inspector-General of Police’s Intelligence Response Team (IRT) in Owerri, Imo State, arrested her while running errands for her parent on June 17, 2021, and had held her since then until the commercial motorcyclist who was conveying her when she was arrested revealed her whereabouts.

The Rural and Urban Development Initiatives, HEDA Resource Centre, Foundation for Environmental Rights, Advocacy & Development (FENRAD Nigeria), Concerned Nigeria and 15 others, in a joined petition, said it will continue to monitor the prosecution of Gloria.

“Our legal team will also be following up on earlier fundamental human rights suits filed on her behalf and pending at the FCT High Court and the ECOWAS Court respectively.

“The Police continued to hold her in blatant disregard to court orders for her release. The Vice President had also forwarded to the IGP a letter addressed to him by our coalition requesting his intervention. We did not get any further feedback on this letter.

“It is the height of impunity when the Police feel free to act with such utter disregard to the Constitution of the country, the Police Act and other criminal justice procedural laws as well as regional and international human rights standards that Nigeria voluntarily subscribes to.

“It is even more worrisome when police oversight agencies and political authorities, who ought to call the Police to order on such occasions look the other way and even ignore public demands for action against Police’s flagrant violation of the law and contempt for court orders.

“As a coalition, we will continue to monitor the progress of this case to ensure that justice is not further delayed.”

LATEST: 127 Inmates Set To Sit For NECO Exam In Enugu

Why Peter and Paul of PSquare Made Peace – Nollywood Actor Reveals