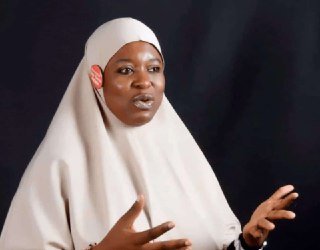 The co-convener of the BringBackOurGirls movement, Aisha Yesufu has called on the National Assembly to impeach President Muhammadu Buhari.

The human rights activists made this call while reacting to the abduction and killings of travellers on the Abuja-Kaduna expressway.

Yesufu in her statement claimed that the news of the attack and killing on the expressway has hindered her from doing anything.

She further stated that the Northern people are sick and tired of the position of the President on the happens in the region.

Yesufu added that the people of the region would be happy if the National Assembly decides to impeach the President.

She wrote, “Since I heard this news of the attack and killings on Abuja-Kaduna expressway, I have not been able to do anything and I have so many deadlines to meet.

“What is the National Assembly doing? Impeach Buhari! The Northern people will thank you for it! They are sick and tired of the heartless and soulless posing as Commander-in-chief.”

In another story, Governor Nasir El-Rufai of Kaduna State has reacted to the attack on the Kaduna-Abuja Expressway on Sunday by suspected bandits.

A statement on Monday by the Commissioner for Internal Security, Samuel Aruwan, said the bandits killed one person and kidnapped scores of travellers during the attack.

Aruwan revealed that eleven persons had been rescued from the assailants.

The commissioner identified the deceased as the Chairman and CEO of Famaks British School and former governorship aspirant in Zamfara State, Muhammad Sagir Hamidu.

LATEST: NASS To Submit Resolution On Declaration Of Bandits As Terrorists To Buhari Next Week