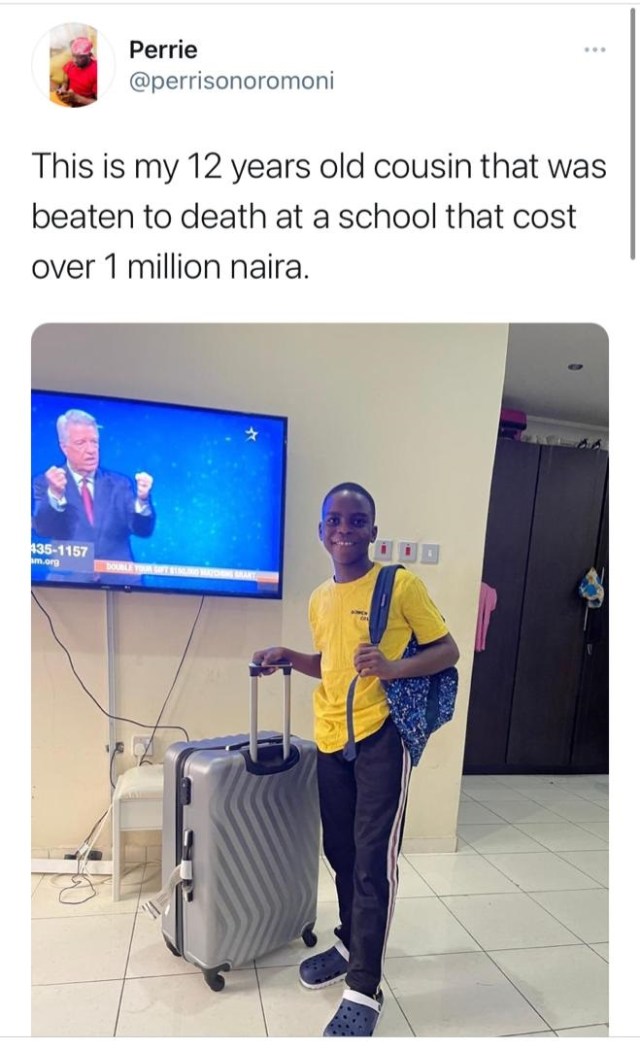 A 12-year-old student of a private secondary school in Lagos was allegedly beaten to death in the school for refusing to join a cult.

According to a Twitter user, @perrisonoromoni, who took to the platform to call the school out and demand justice for the death of his cousin, the young boy was bullied to join a cult in the school, and when he blatantly refused, he was killed.

The Twitter user claimed that after the boy was beaten to a pulp by the cult boys who he identified before he died, the school called his dad, alleging that he got injured while playing football. However, on getting to the hospital, doctors confirmed that he had been severely beaten, causing internal damage.

Sharing a photo of the deceased, the Twitter user wrote,

“This is my 12years old cousin that was beaten to death at a school that cost over 1 million naira. He mentioned 5 names before passing yesterday.

It’s a boarding school in Lagos. They called my uncle that he wasn’t well so he went there took him and admitted him to an hospital in Warri. That’s where he passed but confessed that they tried blending him into cult.

They called my uncle that he got injured playing football. Reaching the hospital it was confirmed that he was being bullied and beaten up causing internal damages”.

See his posts below, 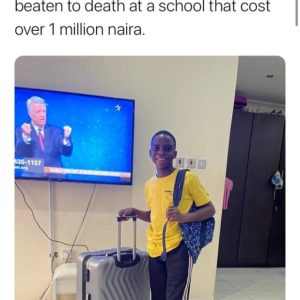 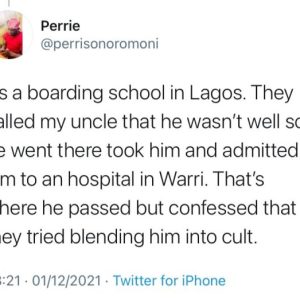 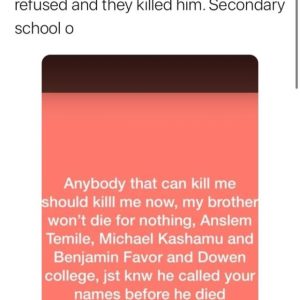 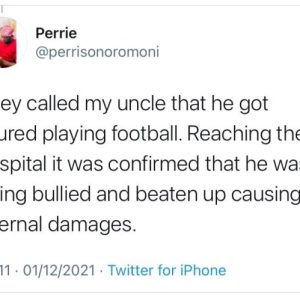