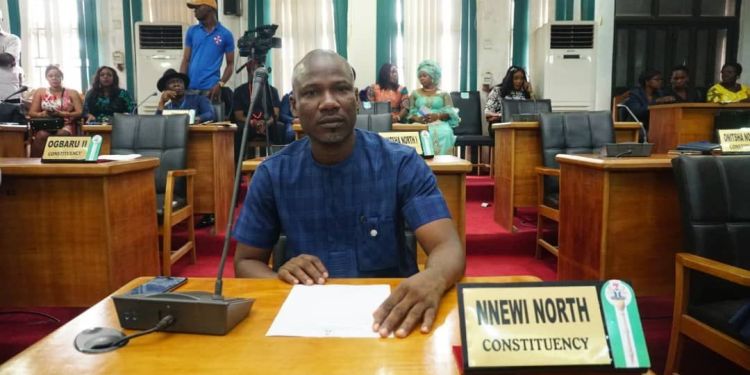 To boost Internally Generated Revenue (IGR), in Anambra State, a lawmaker in the state, Hon. Nonso Smart Okafor has called for an automation of the entire process of revenue administration.

During the budget bilateral discussions, the lawmaker noted that revenue lords are building hotels, houses and buying other personal properties with the state internally generated revenues to the detriment of the state.

Hon. Smart, who is the Vice-Chairman of the Committee said that revenue scavengers are everywhere across Anambra state, molesting and extorting money from citizens on grounds of being authorized by the government.

According to him, the age-long practice, has continued to make the state to lose 60% of its revenue to private pockets, which could have gone into the building of critical infrastructure.

“Our markets have been saturated with all manner of tickets, transporters are passing through hell paying for tickets, micro-businesses in the state are collapsing due to multiple taxations”

“Due to lack of regulation, on our roads especially in a place like Onitsha, we have as many tickets touts as we have commercial bus drivers. This has raised transport costs across the city, he said.

The lawmaker who represents Nnewi North Constituency, said that the corrupt practices if not addressed will continue to hinder the progress of the state, noting that Anambra states have no business being behind Imo and Enugu on Internally Generated Revenue (IGR) in the southeast.

The former youth leader emphasized that since taxation has always been the most reliable and sustainable source of government revenue in the globe, there is a need to harness that of Anambra by embracing digital payments to reduce the level of leakages.

He called on the agency to block all loopholes of revenue leakages by adopting an automated revenue platform. He said that the entire process of revenue administration especially in generation and assessment needs to be automated to boost the state internally generated revenue and enhance payment convenience for citizens.

Easter: Nonso Smart Okafor Felicitate With Christians, Emphasises On The Need For Sacrifice

NNEWI AND THE SMART OKAFOR OPTION

Who is Nonso Okafor?