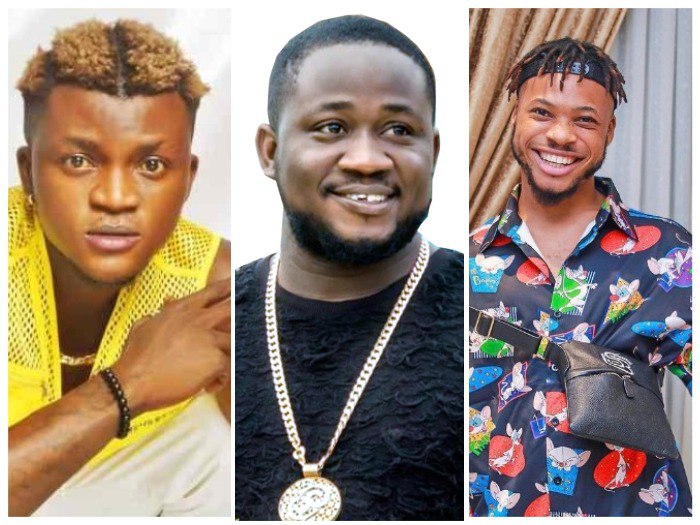 Nigerian singer, Habeeb Okikiola, popularly known as Portable, has apologised to Poco Lee, Olamide and Kogbagidi over the allegation levelled against the dancer on Tuesday.

Portable in a trending video on Tuesday had accused Poco Lee of collecting his money and receiving credit for their song.

Portable on Tuesday in a video accused Poco Lee of claiming ownership of the song.

Moments after accusing Poco Lee of claiming ownership of the song, his promoter, Kogbagidi, took to his Instagram account to express his anger.

Kogbagidi said, “Unruly and unprofessional conduct is always expected from upcoming. You never can tell what goes on in their mind or head. I’m shocked and embarrassed at this point. Do I need to fix your career and your head at the same time?.”

Hours later, Portable took to his Instagram page to apologise to Poco Lee, Kogbagidi, and Olamide, stating that he’ll never let them down again.

He wrote, “My sincere apologies go out to my benefactors @olamide @poco_lee and @kogbagidi. I am in the learning process, I know better now.

“Kindly forgive me and pardon the street in me. Much love and appreciation to all my fans. Words cannot express my feelings right now.

“Thanks for the intervention and words of comfort. Now I know I’m not on this journey alone. Love you guys. I will never let you down again. Expect more from your boy. Zeh nation.”

Singer, Olamide Baddo Crowned Most Indigenous Artiste Of The Decade