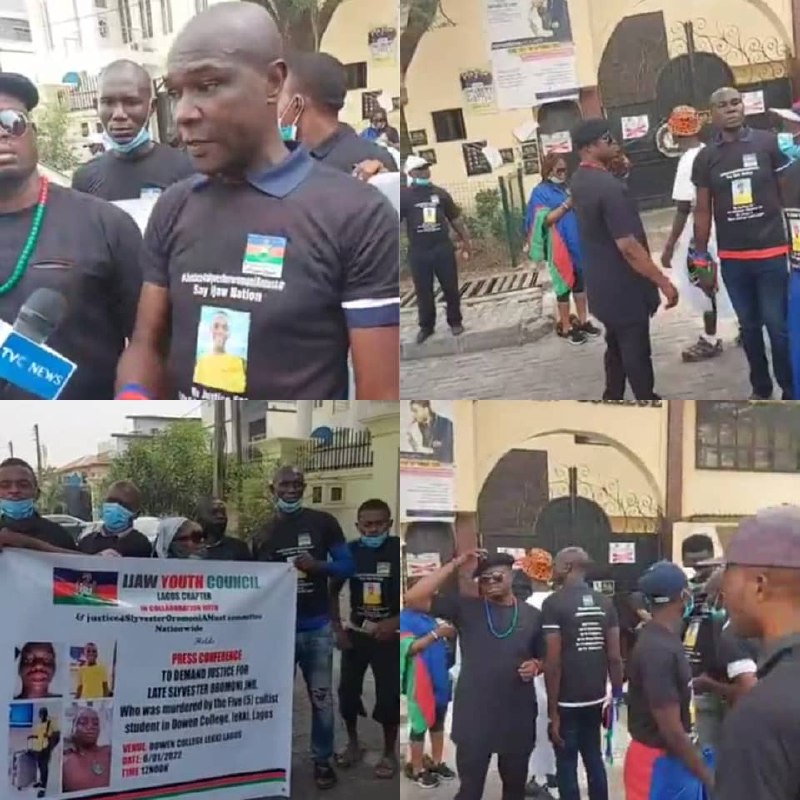 Ijaw Youths Council are currently staging a protest in response to Lagos State verdict on the death of late Sylvester Oromoni.

Recall that the Lagos state government had said that the autopsy result made available to them indicated that the 12-year-old boy was not murdered. Five students of the school and staff who were all held for questioning were exonerated of all charges.

However, the decision did not sit well with the Ijaw Youths Council and to show their displeasure they have taken to Dowen college to stage a protest.

In another story, the founder of the Commonwealth of Zion Assembly, Pastor Biodun Fatoyinbo has been called out by a Nollywood actress, Uzo Osimkpa, after he alleged that Igbo people find it difficult to donate money to the church.

Fatoyinbo while addressing his church members in Abuja had said Igbo people have large hearts but do things at their will despite their belief in God.

He further stated that 90 percent of Igbos are Christians but they do not have any mega church, all because they find it hard to give.