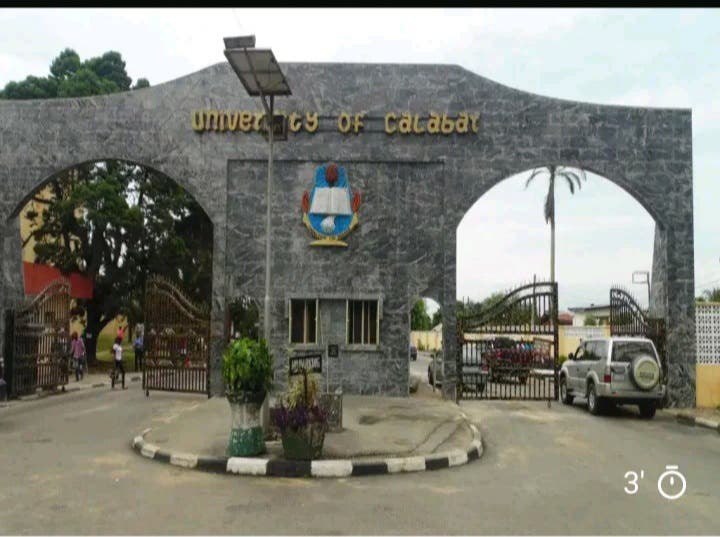 Reports reaching Anaedoonline.ng reveals part of a student hostel at the University of Calabar, UNICAL reportedly went up in flames on Thursday night.

Reports confirmed that the fire outbreak happened at about 7:30 pm yesterday.

While the inferno is being controlled, some students in the affected Room 115, Hall 6 in the Malabor Republic of the UNICAL, told authorities that the fire outbreak was caused by an electrical fault.

The Director of Welfare of the Students Union Government, Omagu Paul, who had visited the scene told newsmen that there were no casualties recorded in the incident.

According to Paul, himself, Efoli Roland and other officials of the SUG have visited the scene and as well have invited some electricians to ensure that the incident is properly managed.

He, however, admonished students to stay off the affected area as work is ongoing to fix the electrical fault.

“Affected residents should rest assured that the issue would be rectified as soon as possible”, he said.

Anaedoonline.ng reports that the Vice Chancellor Prof Florence Obi could not be reached on phone as at the time the inferno was reported.