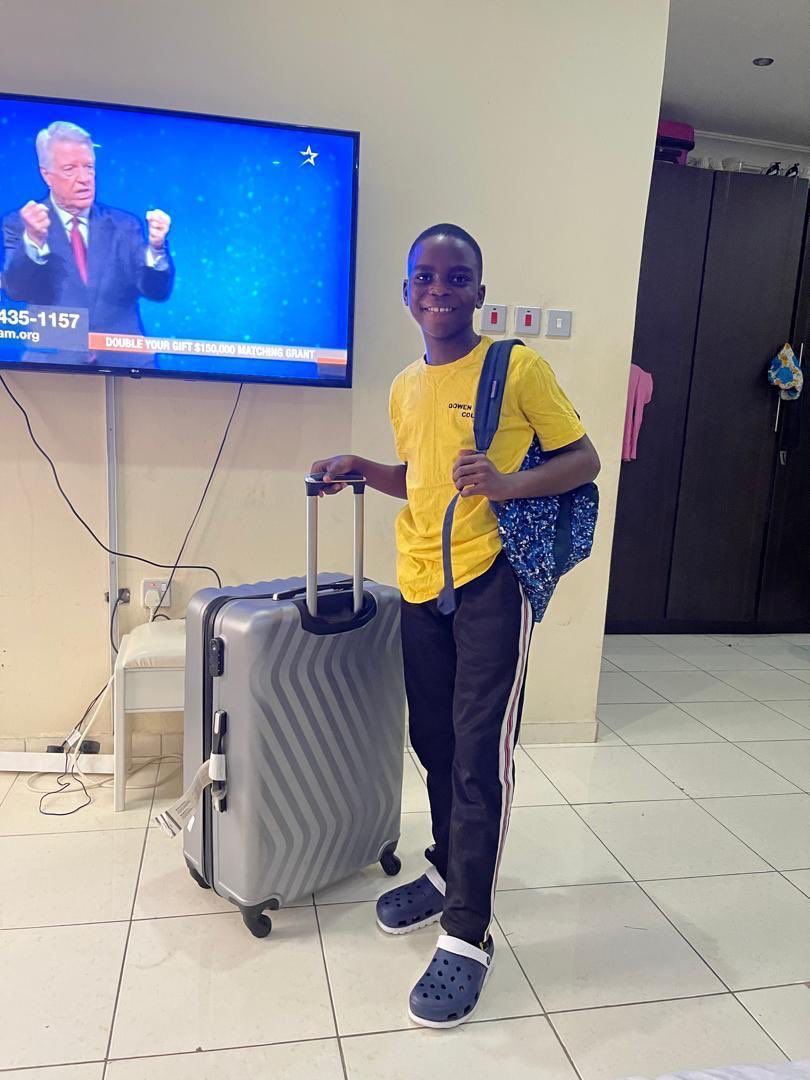 The guardian to Sylvester Oromoni Jnr, Mr Tejere Clifford on Friday told a Coroner, Magistrate Mikail Kadiri, investigating the death of the 12-year-old that the late pupil of Dowen College, Lagos, had visible injuries on his lips two days after he was picked up from the college.

Clifford said a sibling to the late pupil, Keyness Oromoni, called him on November 22, 2021, to say the school management reached out to the pupil’s father to send someone to pick him up for he sustained some injuries while playing football.

Clifford said, “When I saw him and asked him what was wrong, he told me he played football and sustained injuries. I then asked him to stand up. As he attempted to stand up, he showed signs of serious pain. I asked the nurse at the sickbay what happened to him and what medical attention was given to him and she said she applied a balm on his leg.

“That night, we could barely sleep despite the application of balm on his leg. He kept shouting in pain throughout the night.”

He added that two days after, when Keyness arrived in Lagos, she called her father in Delta State to come home to see Sylvester.

During cross-examination by the college’s counsel, Anthony Kpokpo, Clifford said he tried to play a game on PlayStation 4 to cheer Sylvester but the pain was too much for him to bear.

Earlier, Clifford told the coroner that the late pupil’s condition had not improved when he took him to the Oromoni family house in Chevron, Lagos.

He added that after the X-ray, they went to the house after he bought a balm and pain reliever for him, adding “I bathed him, applied the hot balm on his feet, gave him noodles and tried to get him to sleep, but he was going through a serious pain.”

The coroner, however, warned parties not to make any public comments on the matter.

The Oromoni family lawyer, Femi Falana, SAN, told the court that the family’s requests to the Chief Pathologist of the Lagos State University Teaching Hospital and the Commissioner of Police, to get copies of reports and statements obtained during police investigation and medical examination on the pupil had yet to be granted.

Responding, a Chief Superintendent of Police, Oseni Rasak, said he did not know if there had been any directives by the Commissioner of Police on the issue.

Falana also claimed that the legal advice exonerating the college was leaked to the press.

Reacting to that, the counsel to the Lagos State Ministry of Justice, Akingbola George, submitted that the Directorate of Public Prosecution forwarded the legal advice to the State Criminal Investigation and Intelligence Department and the court as required, stressing that anyone interested could apply through those quarters for a copy.

The next sitting has been adjourned till January 27 and 28.

However, the Ijaw Youth Council has hired the legal services of Chief Anthony George-Ikoli, SAN, to join Falana to seek justice on the matter.

The council’s chairman, Lagos chapter, Mr Henry Oyobolo, who faulted the DPP, spoke at a media briefing in Lagos on Friday.