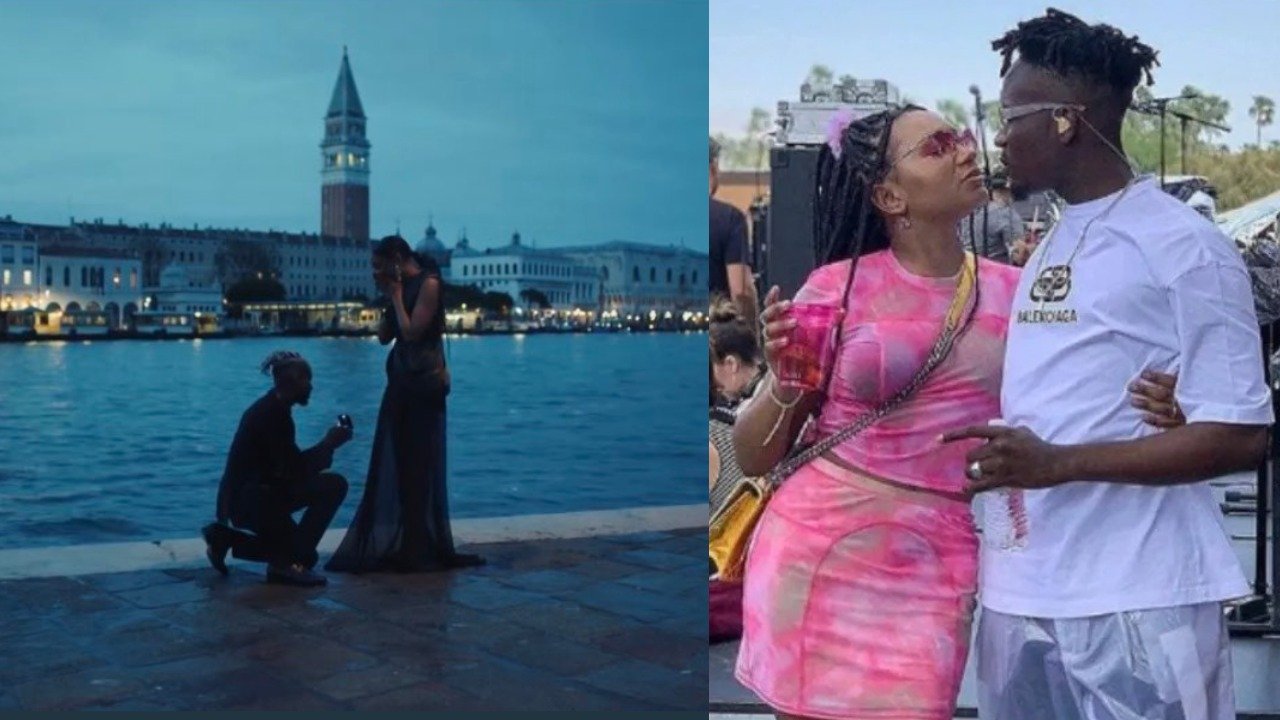 On Sunday, Anaedoonline.ng reported that Mr. Eazi proposed to Temi and she accepted, prompting a flood of congratulations messages to the couple.

Mr. Eazi and Temi have been dating for almost four years, according to reports.

Many individuals have resorted to Twitter to express their opinions in the aftermath of the engagement.

Here are some of the points of view:

Who else noticed that The ring Mr. Eazi used to propose was shinning in the dark… pic.twitter.com/31yJDPPgRg

Mr Eazi deserves everything he's getting now, a very fine and hardworking man who has found a good wife in Temi Otedola who is also beautiful smart and talented, happy for them

Mr Eazi is marrying Temi Otedola. Love must be sweet when money is abundant 🥹

Mr. Eazi is a chilled Guy… One with a Fantastic Drive.

Temi Otedola is equally a chilled Babe… Beautiful and Modest.

Both of them are deserving of themselves. I like!

Congratulations to both of them and wishing them the best of marriage life.

Temi Otedola and Mr Eazi has decided to do forever together. They both makes this relationship thingy look so easy, no unnecessary drama and clout. I wish them all the best in their union.

Mr Eazi has proposed to Temi Otedola and you are still asking "who gave you my number ?" well done ooo continue

Temi and Mr Eazi has been dating for years, no controversy, no scandals, you only see what they choose to show you and they’re both cool individuals.

Congratulations to them and I wish them the very best in their union.