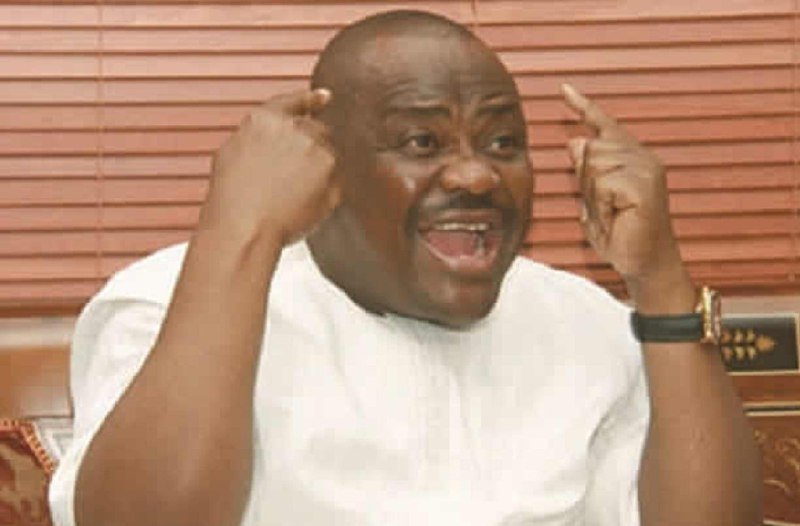 Nyesom Wike, the Governor of Rivers State and a presidential contender on the Peoples Democratic Party (PDP) platform, has warned the party not to lose him ahead of next year’s presidential election, adding that if they do, they would lose the election.

Wike also referred to the race for the party’s ticket in 2023 as “payback time,” pushing members of the National Working Committee (NWC) to back him up, just as he did during the convention that drew them in.

He also referred to himself as the candidate with the best possibility of defeating the All Progressives Congress (APC) and winning the presidential election in 2023.

Wike made the remarks while speaking to the PDP National Working Committee (NWC) on Tuesday, urging the party leadership to reward his commitment to the party by giving him the Presidential ticket in the party primary on May 28th and 29th.

He also cautioned that individuals who had failed to win their states for the PDP in previous elections could not be trusted to win the party’s presidential election.

He bemoaned the fact that in 2015, Boko Haram was only in control of a few areas in Borno and Yobe States, but that today, Boko Haram and Bandits had gained control of the whole nation.

On consensus Presidential candidate, Wike queried that “when we did our convention in 2018 about 10 people contested. There was no consensus. Why in 2019, why are they talking about consensus?”

“I don’t believe in these people going around on consensus. I told them that their consensus move is shine shine bobo, the more you look, the less you see. I say am not going to buy it. It will not work and am not a party to it, he stated.

Wike added that “I believe in consensus, but base on equity, justice and fairness. But not consensus by those who have conspired, they think they can bring me in, but nobody can bring me into it”.

Rivers State Governor warned that “anything short of a free, fair, credible and transparent national convention will be challenged by some of us.”

He continued “I will also advise, that this time we are in, is a litigation period. There is no election where you don’t see litigation, there is none. It will come. So that we don’t run into problems again, you should try as much as you can if you can not vacate such an order, try as much as you can to assign people and settle it. There is no issue that can not be resolved if you are open and transparent.

“The household name now is Wike, so don’t make mistake and lose Wike. Because if you lose Wike, you have lost the election. It is not our prayer that we should lose the election.

“So it is important you do the campaign for me, that was how I did it for you too. When I was fighting the former NWC, some of you were supporting them. Now all of you are here.

“One good turn deserves another. So you people should also payback. Because you didn’t go to campaign, but now am campaigning to you. So payback. But please do us the favor to conduct a free and fair election, that will be an advantage for us to win in 2023”.

In his response, PDP National Chairman, Dr Iyorchia Ayu told the Rivers State Governor to choose between their support and them providing a level playing field for all Presidential aspirants.

He said “Incidentally you want a level playing field from the National Working Committee (NWC). On the other hand, you want the NWC to converse vote for you and vote for you. You have to choose one, you can’t have both”.

He said ” I assure you that there will be no foul play, no manipulation and we will certainly do better than all previous National Convention.

“All our presidential aspirants should stick to issues, they should not attack themselves. By attacking each other you undermine the party because you will give the opposition the necessary ammunition to attack us when the candidate emerges”.