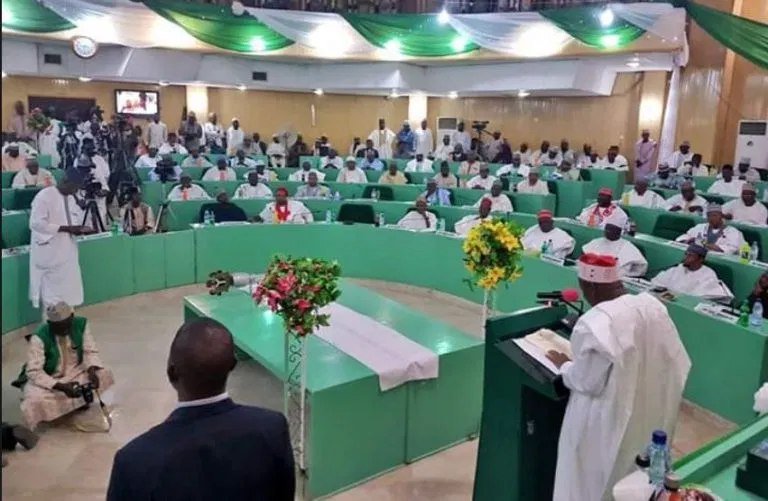 Ali Ibrahim Isah Shanono, the legislator for Bagwai/Shanono Constituency in the House of Assembly, has rejoined the ruling All Progressive Congress (APC).

According to Anaedoonline.ng, the legislator recently defected to the New Nigeria People Party (NNPP).

He has, however, returned to APC after only a few days with the fast-growing party.

The political mood in Kano State is now swinging, as Governor Abdullahi Ganduje remarked yesterday when reacting to former Minister of Transportation Rotimi Amaechi’s request for support for his presidential run.

In the state, there have been a number of defections from one political party to the other.

Around 14 members of Kano’s House of Assembly allegedly defected to the NNPP from the Peoples Democratic Party (PDP) and the All Progressives Congress (APC).

Shanono, an APC member who defected to the NNPP, is one of the defectors.

In a letter to the house on Thursday, the legislator informed to members that he had canceled his membership in the NNPP and rejoined the APC.

Hon Isah Shanono promised to work around the clock to ensure the APC’s victory in the next elections.

Senator Ibrahim Shekarau, a political heavyweight in Kano, recently switched from the APC to the NNPP ahead of the 2023 elections.