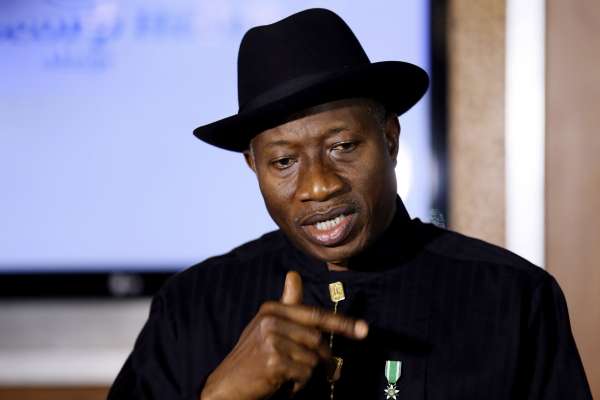 Former President Goodluck Jonathan branded the current primaries between the All Progressives Congress, the Peoples Democratic Party, and other political parties as a disaster on Thursday.

The techniques used in the primaries, according to Jonathan, are not conventional practice, and the process has failed.

He went on to say that the procedure cannot be utilized to elect the President, governors, senators, members of the House of Representatives, or anybody else.

Former President Olusegun Obasanjo expressed his wish that the events of 2022 would not repeat again in Nigeria.

Jonathan stated this while speaking in Abuja at a book launch titled “Political Party Governance” authored by Dr Mohammed Wakil, a former Minister of State, Power.

The former president said: “These whole primaries going on across the country is a mess. This is not a standard practice. The process has failed.

“We cannot use the process to elect president, governors, senators and House of Representatives members and others.

“The process is already failed, which is not good for the country. But we will manage and move on.

LATEST: Biggest Threat To 2023 Election Revealed By CAN

“We pray that good people should come. I hope that what happened this year, 2022 will not happen again in this country.”

He called on the National Assembly to make laws to criminalise the inducement of delegates and the electorate.

Jonathan urged lawmakers to expunge from the Electoral Act, the sections that state how political parties should select candidates for elections.

Jonathan said: “The National Assembly can’t make laws and lock all political parties together. Parties have different ways of nominating candidates and the process is enshrined in their constitutions.

“Creating a situation where all parties must have the same way of selecting candidates is nonsense. Parties are not parastatals of government.

“The National Assembly can’t make laws to strangulate political parties. Section 84 should be expunged from the Electoral Act.”