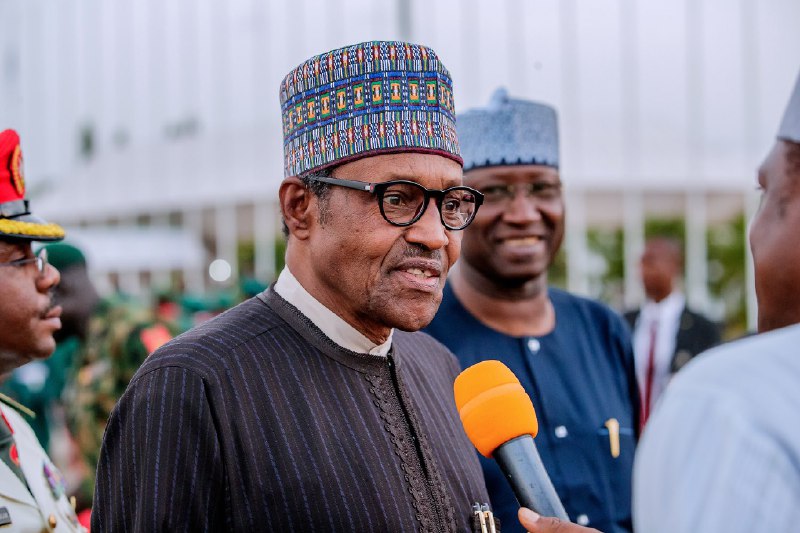 The ruling All Progressives Congress (APC) is allegedly plotting to stay in power beyond May 29, 2023, according to the Peoples Democratic Party (PDP).

The PDP claimed in a statement issued on Sunday by its National Publicity Secretary, Hon. Debo Ologunagba, that the APC is attempting to destabilize the polity, create insecurity, and use this as a justification to prolong President Muhammadu Buhari’s term beyond May 29, 2023.

However, it warned that such a strategy would fail and that the APC should begin packing its belongings since Nigerians are sick of the party and its policies.

2023: Why Tinubu, Osinbajo Will Weep Over APC Zoning – Adeyanju

what is constitutionally permissible

According to the PDP statement, the APC’s objective is to sabotage the 2023 election process in order to extend its rule.

The PDP statement said the plan of the APC is to undermine the 2023 electoral process so it can extend the tenure of President Buhari.

It however warned that any plan to extend the tenure of President Buhari beyond what the constitution allwd will be firmly resisted by the PDP and Nigerians at large.

“The Peoples Democratic Party (PDP) cautions the All Progressives Congress (APC) to perish the thoughts of subverting the electoral process as part of its desperation to elongate its abysmal tenure beyond May 29, 2023.

The Party alerts Nigerians of the plot by the APC to use orchestrated insecurity and political uncertainty to derail the electoral process, stall the 2023 general election and create a situation to justify a tenure elongation.

There are revelations that desperate APC leaders are behind the delay by President Muhammadu Buhari in signing the amendment to the Electoral Act 2022 so as to frustrate the smooth conduct of primaries by political parties and derail the entire electoral process.

It is not surprising to the PDP that Mr. President was again “absent” having travelled to the United Arab Emirates and abandoned his constitutional duty of signing the crucial amendment to the Electoral Act.

This attitude of Mr. President to an issue that is critical to our electoral system is consistent with APC’s plot to cause confusion in the polity, orchestrate an unconducive environment for elections, stall the 2023 general elections and achieve a rumoured third term agenda.

The regularity of the electoral process as well as the confidence of the people in the certainty of timelines and outcomes of elections are the hallmarks of democracy, which the APC has been dislocating apparently with the view to undermining the electoral process,” it claimed.

The PDP statement accused the APC-led federal government of intentionally refusing to swear in its candidates who won elections into the FCT Area Council but attempting to obtain court orders to install an undemocratic government.

“It is clear that the APC has already commenced this ignoble plot with its desperation to use the Court to overthrow the outcome of the FCT Area Council election held on Saturday, February 12, 2022 which was overwhelmingly won by candidates of the PDP halt the swearing-in of the newly elected Chairmen and Councilors and impose an undemocratic government in the FCT.

The PDP is concerned about APC’s exposed plot to deploy such despicable underhand methods to subvert elections in 2023 where they do not favour APC candidates,” the statement added.

The PDP statement went ahead to accuse the current administration led by the APC of intentionally promoting and supporting insecurity in Nigeria as a way to perpetuate itself in office.

“Moreover, it is now clear that the APC’s administration has been compromising our security system, opening our nation up to attacks and permitting shared sovereignty with terrorists over large portions of the territory of the Federal Republic of Nigeria, apparently to further orchestrate a security situation that will justify the stalling of elections in 2023.

“This probably explains why President Muhammadu Buhari has failed to confront terrorists, contrary to his promise to lead the fight against terrorism from the front and why he remains “absent” and “weak” as terrorists pillage our citizens in various parts of the country.

“This is in addition to the provocative comments that have promoted disunity, agitations and restiveness in various parts of our country, including tagging a particular part of the country as “a dot in a circle”

“Our Party cautions the APC to note that its plans have been exposed and that Nigerians will never allow it to perpetrate its misrule through an orchestrated tenure elongation.

“Nigerians are determined to vote out the APC and return our nation to the path of unity, stability and economic prosperity under the PDP. No amount of shenanigan can keep the APC in power beyond May 29, 2023,” the PDP alleged.