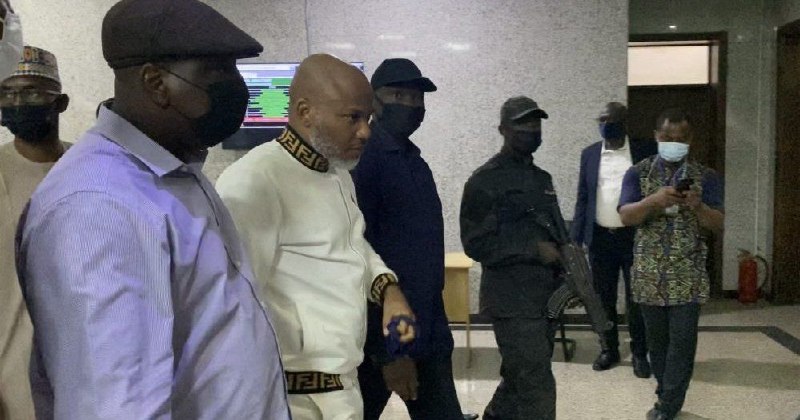 Nnamdi Kanu, the president of the Indigenous People of Biafra (IPOB), is now being tried for treason at the Federal High Court in Abuja.

Nnamdi Kanu will appear before Justice Binta Nyako while being charged with several offenses.

Remember that the federal government withdrew its new accusations against Kanu during the previous hearing, and the judge also refused to grant him bail.

When Kanu was first granted bail but declined to show up in court for his trial, the sitting judge, Justice Binta Nyako, declared that he must account for his whereabouts for years.

The defendant claimed that he left the country after Nigerian Army soldiers attacked his ancestral home in Abia State, but the court rejected this allegation.

Stay tuned to Anaedoonline.ng for updates on the pro-Biafra activists trial.