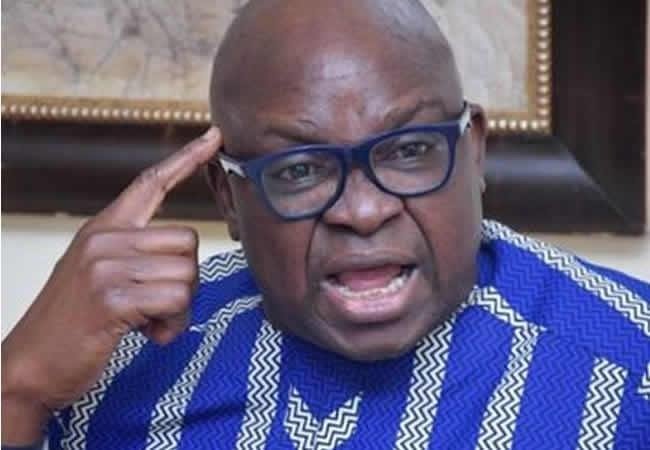 Ayodele Fayose, the former governor of Ekiti State, has lent his support to arguments in favor of a southern Presidency in 2023.

Fayose, in a tweet on Wednesday, said, “The current President of Nigeria is a two-term northern Presidency, thus implying that it must be a southern Presidency in 2023 or nothing.”

This is despite his party, the Peoples Democratic Party, fielding a northerner in the person of former Vice President Atiku Abubakar as its flagbearer for the 2023 presidential election.

The tweet by the former governor who had contested in the PDP presidential primary was seen by Twitter users as a hint that he may dump the PDP soon.

Reacting, one user, @OlaoyeOA, wrote, “This is no news, we already know you’ve left the party for APC since…”

@Liberal_hon wrote, “You are a father of the nation. Stop causing confusion. What were you doing before and during the primary election? This is not expected of you at this crucial time for our great party, the PDP.”