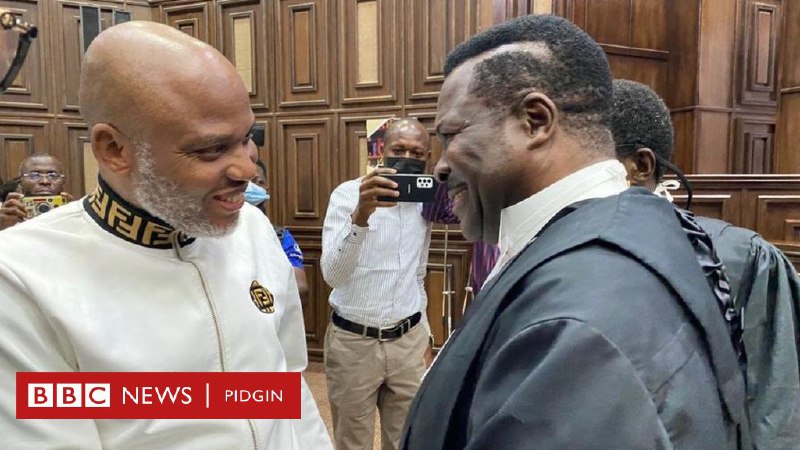 On Tuesday, Chief Mike Ozekhome, a senior Nigerian attorney, encouraged President Muhammadu Buhari to take into account a political resolution to the treasonable felony case brought against Nnamdi Kanu, the leader of the Indigenous People of Biafra.

Following the Federal High Court in Abuja’s denial of his client’s request for a new bail, Ozekhome made this information public while speaking to journalists.

This comes after the Biafra agitator submitted a new application to be released on bail until the federal government’s treasonable felony charge against him is decided, but the case was dismissed when it came up for hearing on Tuesday.

Ozekhome pointed out that the president could direct the Attorney General of the Federation to discontinue the case.

The lawyer said: ”My humble advise sir, this is a matter you can still intervene in, nobody is saying you should intrude into judicial proceeding. I don’t believe in it but this matter can also have a political solution.

“These are my few words to Mr President as he winds up his administration barely 11 months to go: let Nnamdi Kanu go as a free man.”

He alleged that the federal government has no case against Kanu.

LATEST: I Was Not Shocked About NDA Attack – Ozekhome

“We have seen your line up of witnesses, we didn’t see 1000 Nigerians lining up to come and give evidence that they participated in violence because of Nnamdi Kanu’s broadcast.

“So Mr President Sir, you can still have a political solution.

“Nnamdi Kanu has become a metaphor for the Igbo man’s struggle.

“It is because the Nigerian state is not practicing social justice and true federalism,” he said.