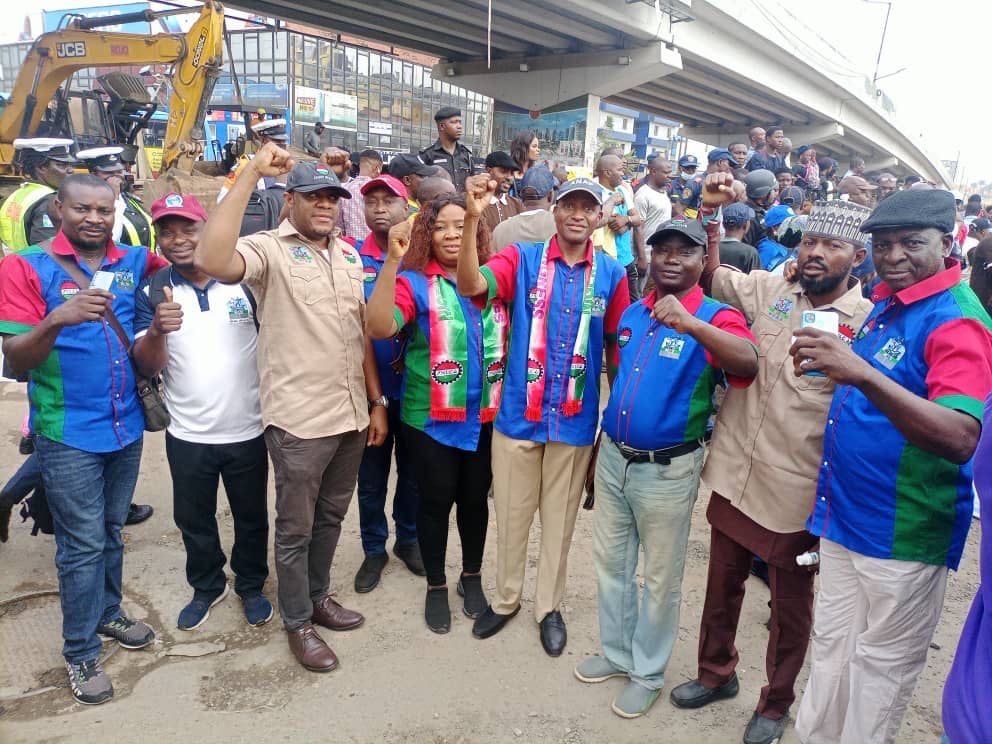 On Tuesday in Ikeja, Lagos State, some members of the National Union of Air Transport Employees and other aviation unions joined the Nigerian Labour Congress’s continuing protest.

Comrade Abayomi Agoro, the president of the Nigerian Air Traffic Controllers Association, said in a telephone interview with ANAEDOONLINE.NG, “Well, my union hasn’t asked us to go on strike. We are members of the Trade Union Congress, which is the Air Transport Services Senior Staff Association of Nigeria, and have not been ordered to go on strike by this organization.

Meanwhile, the President, ATSSSAN, Ilitrus Ahmad said, “We are not joining the NLC’s protest. We are not a part of them, we don’t have any directive to join the strike. We belong to TUC.”

The aviation sector has been battling with the survival of business due to scarcity and skyrocketing cost of aviation fuel, known as JetA1. Another challenge rocking the sector is the scarcity of forex.

The nationwide protest was organised by the NLC in solidarity with ASUU over the strike that clocked five months on July 14, 2022.

The Nigeria Labour Congress had last week directed workers in state capitals and Abuja to join the protest.