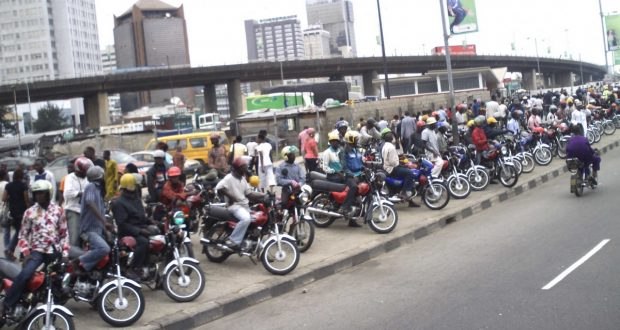 On Wednesday, the Benue State Government restricted the activities of motorcyclists known as Okada riders across the state from 6 a.m. to 8 p.m.

It also upheld the order prohibiting the use of motorcycles in the state’s Sankera region.

This was one of the resolutions passed at the State Security Council meeting in Makurdi’s new banquet hall.

The steps, according to the State Governor, Samuel Ortom, was sequel to the alarm raised by his Nasarawa counterpart, Abdullahi Sule, of the movement of suspected bandits fleeing from Kaduna, Zamfara, and Kebbi to his state.

Ortom, who briefed journalists after the meeting, said there was need for his administration to be proactive.

“We decided to have this emergency security meeting and we have done justice to the deliberations and came out with far proactive measures that will help us.

“First, I want to encourage Benue people to be security conscious, this not a time to sleep with your two eyes closed, shine your eyes, open your eyes and ensure that if there are suspicious movements of actions or faces that you see, please alert the security agencies, and government.

“In view of this, we have decided to regulate the activities of motorcyclists since this is a major means of transportation for criminals, bandits and Fulani terrorists.

“We have sustained the banning of motorcycle operators in Sankara area of Benue State. The banning still subsists. Our security agencies have the renewed mandate of the security council to apprehend and arrest anyone that breaches the ban.

“In addition, we have decided that across the entire state, motorcycles should operate from 6am to 8pm and those who breach the directive will have their motorcycles confiscated.”

The governor said that the state government was in the process of enacting a law that would not just arrest those who breach the law but will also confiscate the motorcycle and destroy it.

“Those vehicles when they come, they must be stopped at various check points and if it is late, they must wait until the daybreak when the security will do the needful before allowing them to go,” he said.