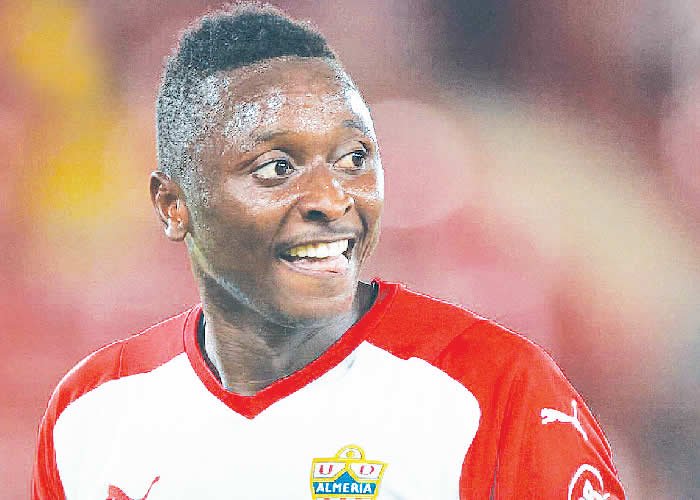 On Wednesday, FtbolFantasy reported that Dortmund had identified the Nigeria international as a replacement for Sebastien Haller, who will be out for some time due to illness, and had made a €25 million bid for the striker.

According to the report, the player had already left his house in El Toyo and had not renewed his rent, which is thought to be in preparation for a move to Germany.

Sadiq has been in fine form for Almeria for consecutive seasons and has scored 38 goals in 74 LaLiga 2 appearances, also registering 19 assists in the process.

His performance has not gone unnoticed, with LaLiga’s Villarreal, Real Sociedad and Valencia all linked with the former AS Roma forward during the summer transfer window.

In his post on Thursday, Romano debunked claims that Dortmund had submitted any offer for the 25-year-old and stressed that the player was closer to joining the Yellow Submarines instead.

“There’s no €25m bid for Umar Sadiq from Borussia Dortmund, despite last rumours. Villarreal are the favourites in the race to sign Sadiq as a priority,” he wrote on Twitter.
“Negotiations will continue but BVB have not opened official talks, as of now.”

The Nigerian emerged as the Most Valuable Player in the Spanish Segunda Division last season, following his impressive campaign.

Sadiq could make his LaLiga debut when Almeria host champions Real Madrid in their first league match of the 2022/23 season on August 14.