If I Become President, Hold Me Responsible… 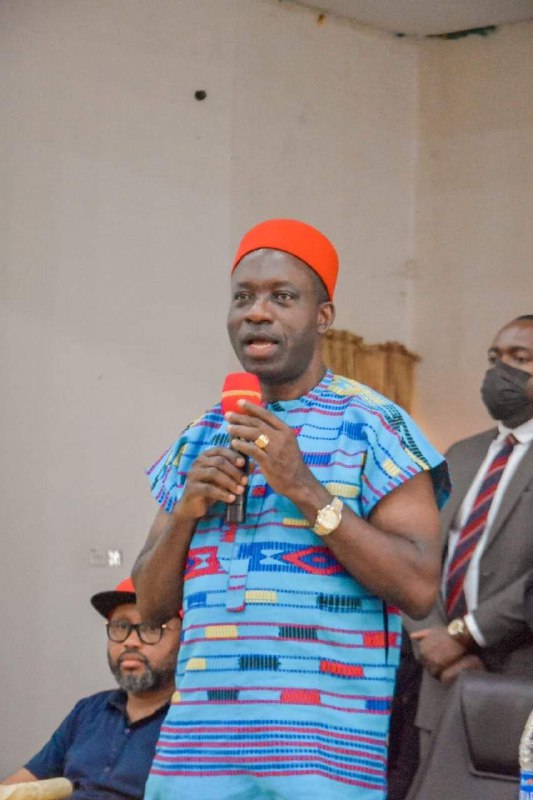 Anambra State Governor Chukwuma Soludo has asked sons and daughters of the land working in other states but residing in Anambra to remit their taxes to the state government so that the administration may provide better social services to the people.

“Wherever you live, Onye Anambra (Anambra people), pay your fair share. That is how it works everywhere,” Soludo said on Thursday when he presented the state’s 2023 Budget Estimates of about N260bn to the State House of Assembly in Awka, the state capital.

He lamented the poor tax payment culture in Nigeria, saying Anambra is perhaps one of the states in the country with very poor tax revenue.

I Have Never Expressed Concerns About Soludo – Obiano

“Anambra State is probably one of the worst in Nigeria with estimated income or GDP (Gross Domestic Product) or about N5.5tn, our projected Internally Generated Revenue (IGR) for 2023 is just a paltry N48bn.

“Anambra is probably one of states with least tax revenue in the world. For comparison, Lagos State projects to generate N1.1tn from IGR in 2023 coming to almost N100bn a month…Anambra’s IGR for 2023 will be barely 4.4% of Lagos State IGR,” he said.

The former governor of the Central Bank of Nigeria (CBN) stated that now that oil money is on its way out, and Nigeria increasingly has no alternative but to rely on taxes to deliver services to its residents, people must recognize that paying taxes is a civic duty.

“With our people scattered all over the world but with dual residences, the permanent home addresses in Anambra and expecting government to protect those assets at home and provide infrastructure to access them, what would be our civic duties to our homeland?” he asked.

Soludo Bans All Forms Of Levies From Barrow Pushers, Peddlers And Vulcanizers

Soludo guaranteed citizens and non-residents of the state that every tax income entrusted to his administration would be thoroughly accounted for.

The Budget of Acceleration comprises a capital budget of N164.2 billion, representing for 63 percent of the total, a recurrent budget of N95.5 billion, accounting for 36.8%, and a deficit of N13 billion.

North Korea Denies Having Any Arms Deals With Russia