Emefiele And Governors Will Meet To Discuss…

BBTitans: I Am Bisexual – Nana, Says…

2023 Elections: I Will Deal Decisively With…

Make Sure On Release Of Nnamdi Kanu… 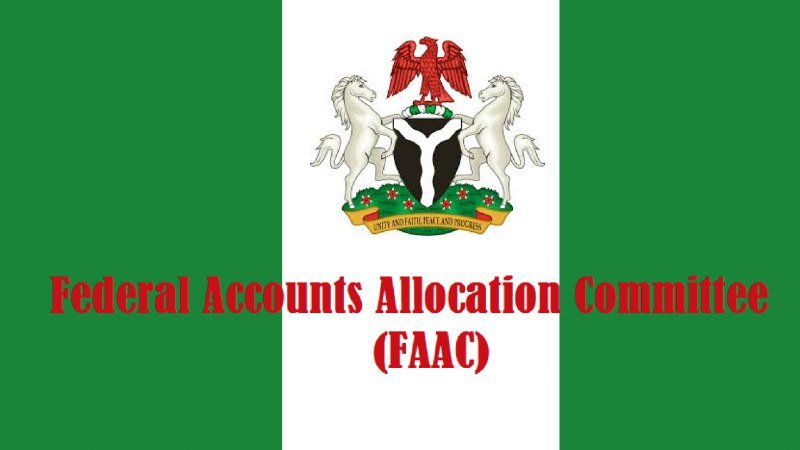 For the month of December 2022, the Federation Account Allocation Committee (FAAC) has allocated N990.189 billion to the three levels of government.
This is according to Mr Phil Abiamuwe-Mowete, Director (Information/Press), Ministry of Finance, Budget, and National Planning.
The Federal Government received N375.306 billion from the N990.189 billion, the 36 states and the FCT received N299.557 billion, and the 774 local government councils received N221.807 billion.

In addition, oil-producing states received N93.519 billion as 13 per cent of mineral derivation revenue.
A communiqué issued by FAAC at the end of its meeting on Tuesday indicated that Gross Revenue available from VAT for Dec. 2022 was N250.512 billion.
“From the VAT collected, N7.215 billion was allocated to the Northeast Development Commission Project, while the Federal Inland Revenue Service and the Nigeria Customs Service got N10.020 billion as Cost of Collection.

“Oil Derivation (13 per cent Mineral Revenue) for oil-producing states got N90.625 billion,’’ it stated.
It added that the N24.315 billion received as EMTL was also distributed to the three tiers of government.

The communiqué stated also that N24.841 billion from Exchange Gain was shared to the Federal Government which got N11.562 billion; states got N5.864 billion, while local councils received N4.521 billion.
Oil Derivation (13 per cent of Mineral Revenue) got N2.894 billion.

FAAC also noted that Petroleum Profit Tax, Companies Income Tax and VAT recorded significant increases, while Import Duty decreased considerably.
Oil and Gas royalties and excise duty increased marginally, it stated.
It stated also that total revenue distributable for December 2022 was drawn from Statutory Revenue of N707.756 billion, VAT of N233.277 billion, Exchange Gain of N24.841 billion, and N24.315 billion from EMTL.
This brought the total distributable for December 2022 to N990.189 billion.
FAAC stated also that the balance in the Excess Crude Account as at Jan. 17 stood at 473,754.57 dollars.

Victor NdubuisiJanuary 18, 2023
Another great offer for you

Kukah Is A Strong Combatant – Buhari

2023 Elections: I Will Deal Decisively With Secessionists – Kola Abiola